A Year In Champagne, the second film in a wine trilogy by Samuel Goldwyn Productions that also includes the film A Year In Burgundy, is a visual tour of six legendary Champagne houses with importer Martine Saunier leading the way.

With renowned wine importer Martine Saunier as our guide, we get a rare glimpse behind the scenes into the real Champagne through six houses, from small independent makers like Champagne Saint-Chamant, where each and every bottle is still turned by hand in the cellars, to the illustrious houses of Gosset and Bollinger which have been instrumental in shaping the image of Champagne around the world.

The film will be available via iTunes and in select theaters on March 6, 2015. 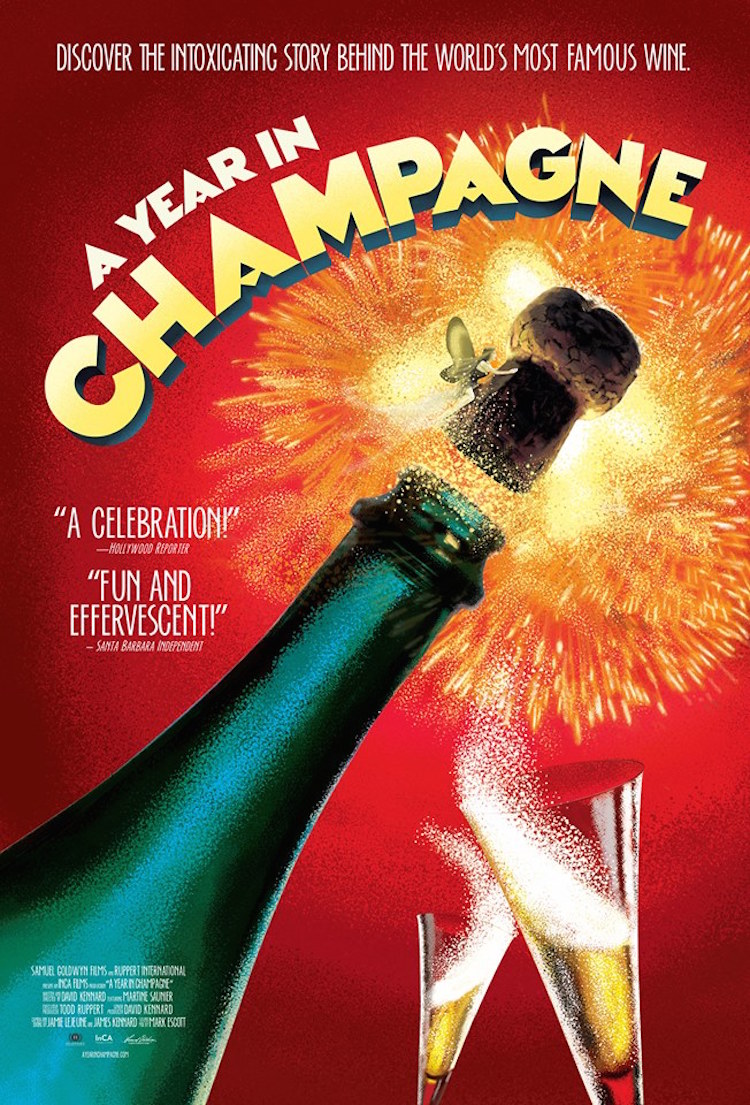 image via A Year In Champagne