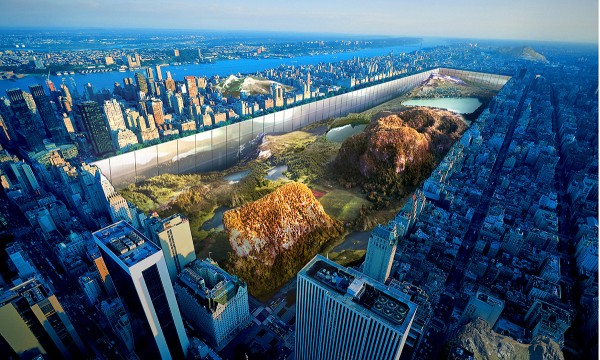 New York Horizon, the first place winning design of the EVolo 2016 Skyscraper Competition by architects Yitan Sun and Jianshi Wu, uses an incredibly novel horizontal approach in order to provide a maximum of space. The “skyscraper” would surround the perimeter of a newly sunken Central Park and provide an enormous amount of housing while protecting views and accessibility to the park.

The annual award established in 2006 recognizes visionary ideas for building high- projects that through the novel use of technology, materials, programs, aesthetics, and spatial organizations, challenge the way we understand vertical architecture and its relationship with the natural and built environments. The FIRST PLACE was awarded to Yitan Sun and Jianshi Wu from the United States for the project New York Horizon. The design proposes a continuous horizontal skyscraper around the full perimeter of a sunken Central Park. The project would create 7 square miles (80 times greater than the Empire State Building) of housing with unobstructed views and connection to the park. 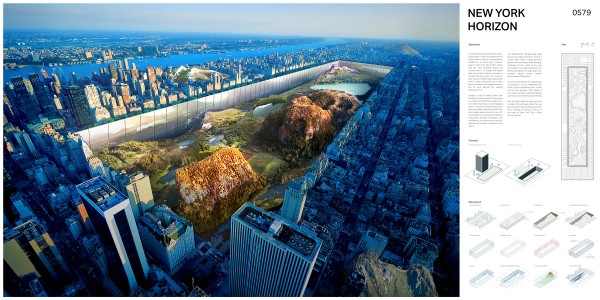 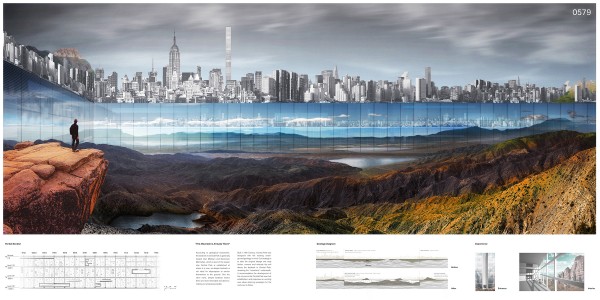