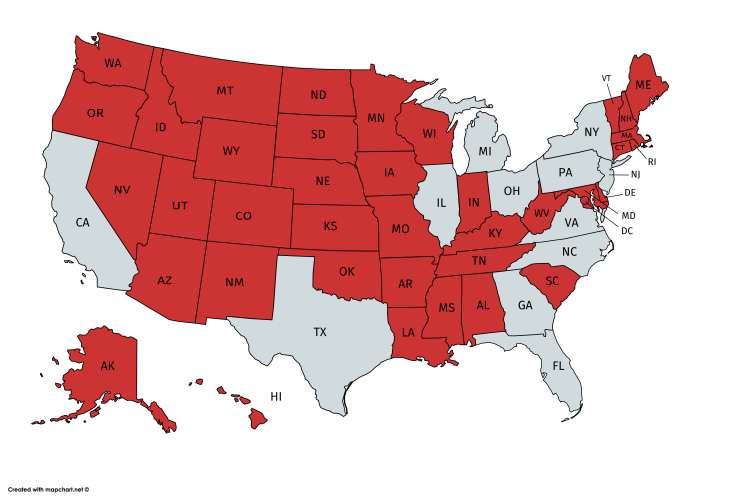 MapPorn redditor somegermankid posted a surprising map that shows which of the 50 American states has a smaller population than that of New York City. Some the larger (land mass) states include Nevada, Colorado, Wyoming, Utah and Missouri. Additionally, according to commenter Discitus, it appears that Iowa has more pigs than the state of New York has people. Therefore this dual purpose map also shows almost all of the 50 states that has a smaller human population than that of pigs in Iowa.

Iowa has more pigs than the state of New York has people, apparently.
Not trying to start an interstate livestock war or anything, I just found that interesting.