Engineer Shy Shalom has created a fascinating drawing tool that is able to generate a single line, multiple iteration Hilbert Curve without raising the pen. The different curve iterations allow for distinct designs to be drawn, such as the cat in this example.

I added a calculation in the interface and this line is approximately 35.881 meters long and it took about 45 minutes to draw. Created using: https://shooshx.github.io/Image2Hilbert/ and an AxiDraw 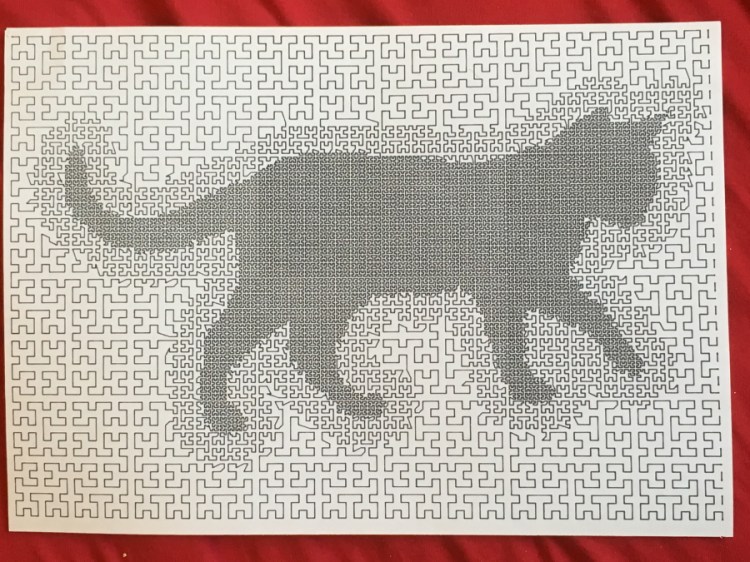 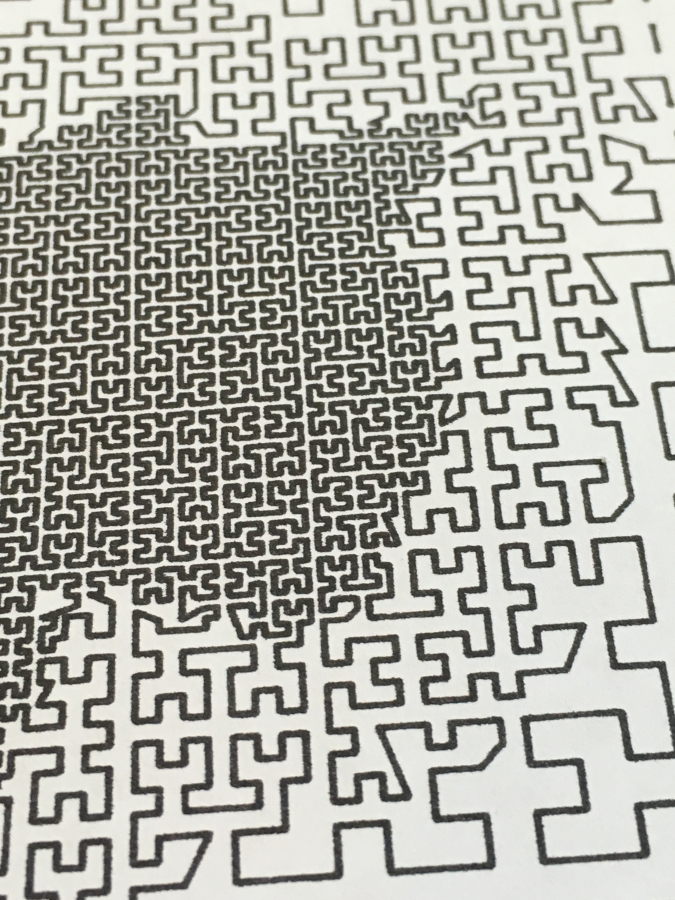