While conducting autonomy tests on their new generation robots, engineers at Promobot in Perm, Russia noticed that one these beings was missing. It turned out that the renegade robot had escaped through an open gate and made its way onto a busy roadway, traveling along until its battery ran out. While robot wasn’t necessarily blocking traffic, a number of drivers slowed down to take a look at the stranded cyborg.

(translated) Testing involves proving autonomous movement of the robot without control. At one stage, our engineer, on his way to work, opened the the site gates and forgot to close them. The robot, not seeing any obstacle, quietly left the site limits. He passed fifty meters, fell to the roadway and luckily stopped when battery ran out. We discovered the theft, after about 40 minutes. The engineer noticed that the gate was open and saw the robot. By the time the partially paralyzed robot made it to the middle of the road, the traffic arrived. However, some drivers specifically slowed down to look at the robot. 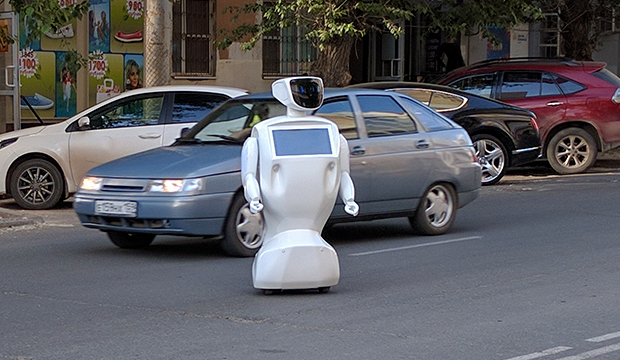 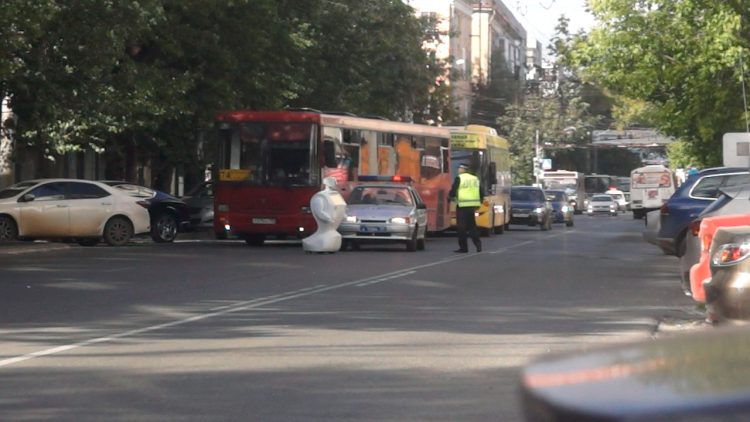