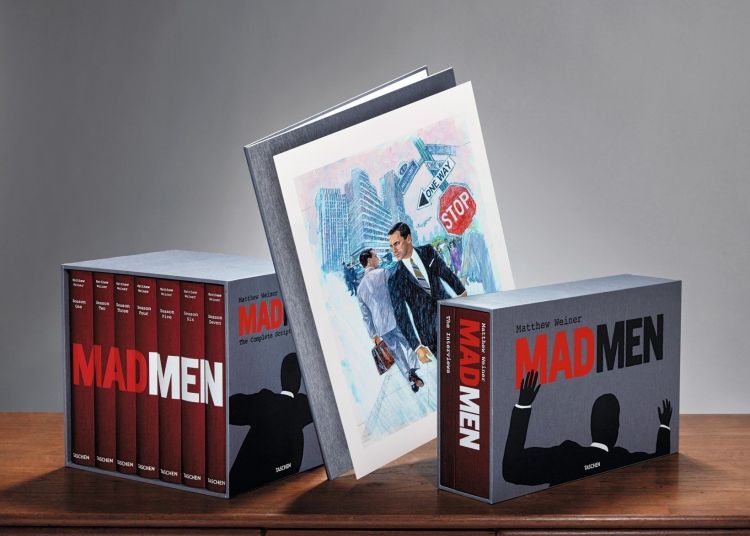 This book is TASCHEN’s tribute to Mad Men’s television art. Volume 1 chronicles the show’s seven seasons with sequential stills alongside key script excerpts. From a sideways glance to a cavorting office Christmas party, each frame captivates in its masterful visual storytelling, its choreography of people, places, and situations down to the most discrete, dynamic detail. Volume 2 brings a wealth of behind-the-scenes insights with on-set photographs, production ephemera, costume designs, notes from the writers’ room, as well as extensive and candid interviews…)