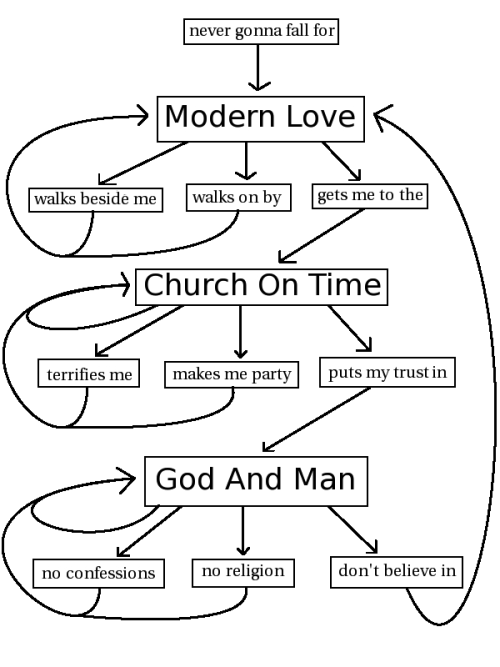 In October 2011, David Bowie fan pinstripehourglass very cleverly arranged the lyrics of “Modern Love” into a flowchart that accurately followed the distinct pattern of the song. At the time he teased that this might be the “…first in a series, possibly.”. Hopefully, he’s still considering the series, even after five years.