The Cincinnati Zoo and Botanical Garden welcomed a newborn 6-foot tall, 100-pound female calf into their family of Maasai giraffes on Wednesday, July 27 2016. The sweet little calf, with a heart-shaped mark on her shoulder, took her very first steps under the close eye of first-time mom CeCe and two other females in the enclosure. The unnamed calf is the fourteenth giraffe to be born there, which is helping to replenish the dwindling population of the species.

It may sound like a tall tale, but the giraffe born this morning at the Cincinnati Zoo & Botanical Garden weighs approximately 100 pounds and towers over most of its keepers! After an unusually quick labor, five-year-old giraffe Cece delivered a healthy calf at 10:27 a.m. in her indoor stall. The calf stood within an hour of birth. “Cece gave us a good indication that something was happening when she refused to leave her stall to go outside this morning. Labor started at 9:57 a.m., hooves out at 10, head at 10:22 and birth at 10:27! The birth process can take up to six hours, so 30 minutes is incredibly fast, especially for a first time mom,” said Christina Gorsuch, curator of mammals at the Cincinnati Zoo.

Tessa and Jambo check out the newest member of their herd. Cece's baby was born this morning at 10:27 a.m.! Both baby and mom are doing well. Jambo's first calf is due this September. #cincinnatizoo #cincinnati #closeenoughtocare #giraffe #zoobabies (????: keeper Jenna W) 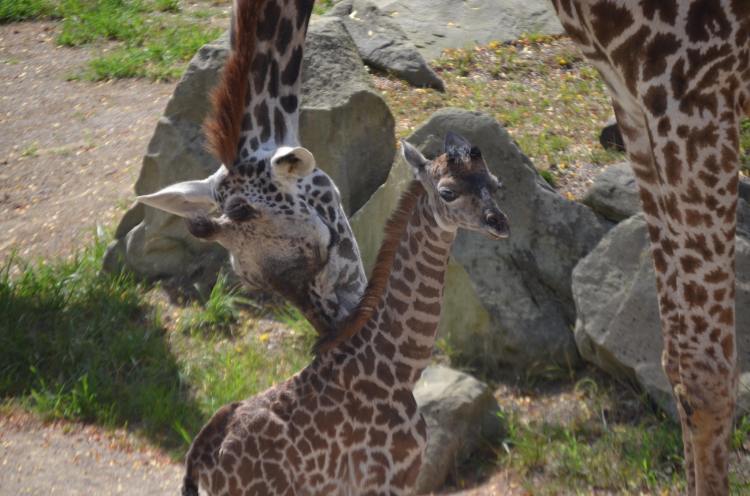 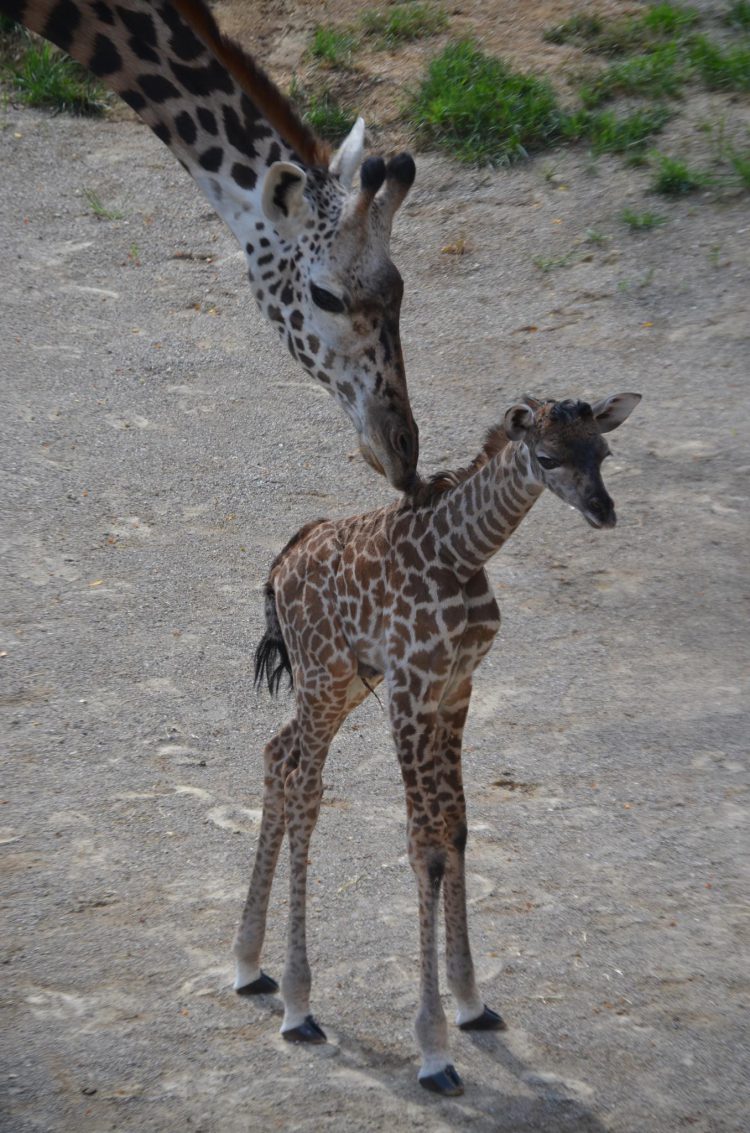 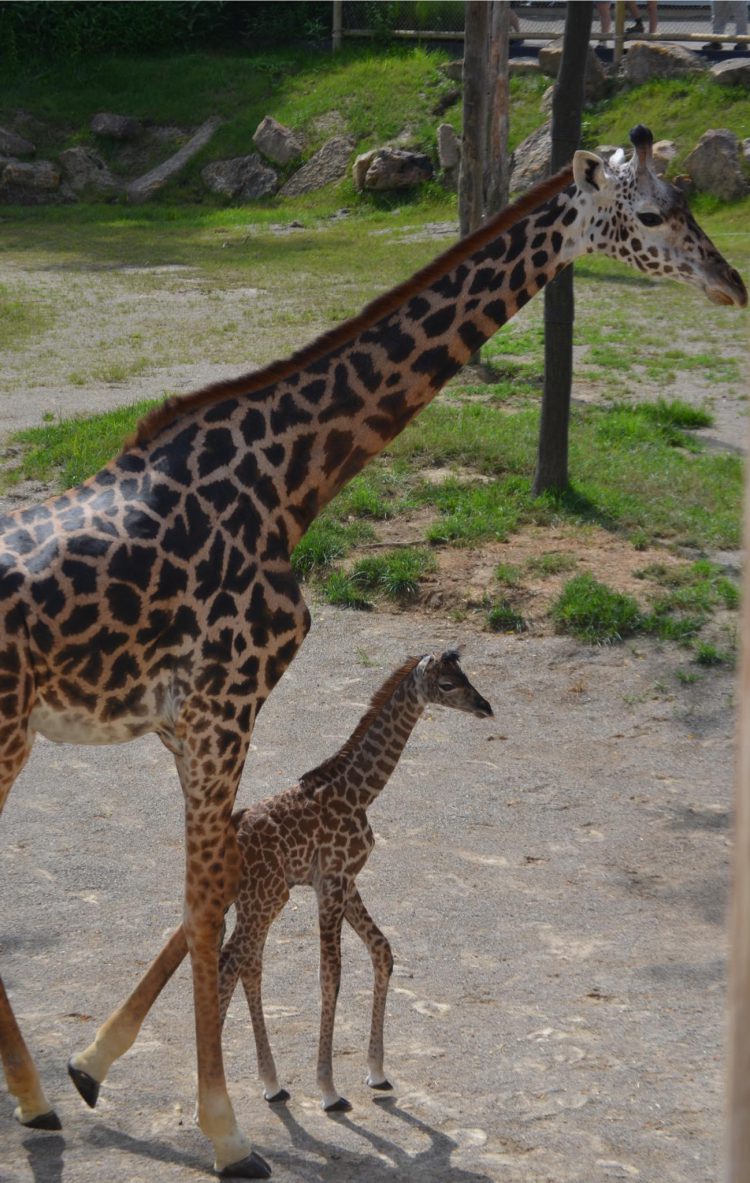