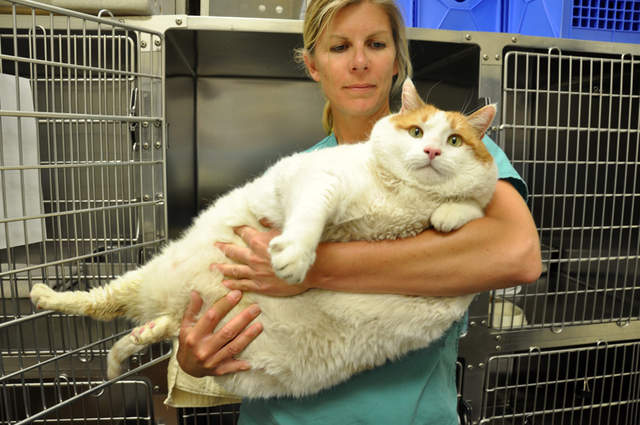 KRQE recently did a story on Meow, a two year old cat that weighs 39 pounds (equivalent to a 600 pound human) and is currently up for adoption at Santa Fe Animal Humane.

Meow arrived at the shelter several days ago after the 87-year-old owner said she could no longer take care of her. The owner told employees Meow was 2 years old, was fit as a kitten but suddenly ballooned.