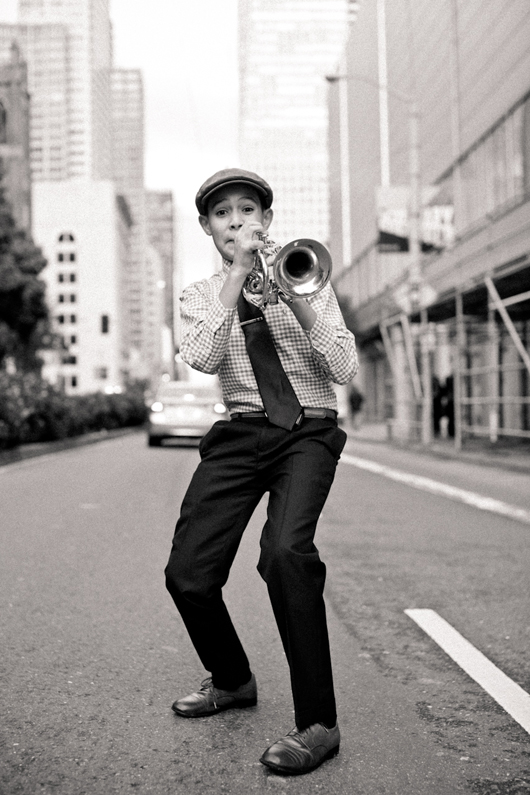 Dressed to the nines, trumpet player Gabriel Angelo busks at the corner of Mission and 4th in San Francisco to earn money to continue his music education at San Francisco Conservatory of Music and JazzSchool in Berkeley. Fabian Sixtus Körner of Stories of a Journeyman filmed a short documentary on Gabriel doing his thing in The Trumpet Kid.

From Fabian Sixtus Körner of Stories of a Journeyman:

Gabriel Angelo is a 12 year old trumpet enthusiast who earns the money for his music school by performing on the streets of San Francisco.

…He plays on the streets to earn money for his music lessons at the S.F. Conservatory of Music and Berkeley Jazz School. And when you see him out there just passing by, it feels like he is a professional and experienced performer. Kind of a grown-up in a childs costume, handing out business cards to people who are interested in booking him for an event. But after I got to talk to him I realized, he’s a kid like all the others but also a kid like no other.