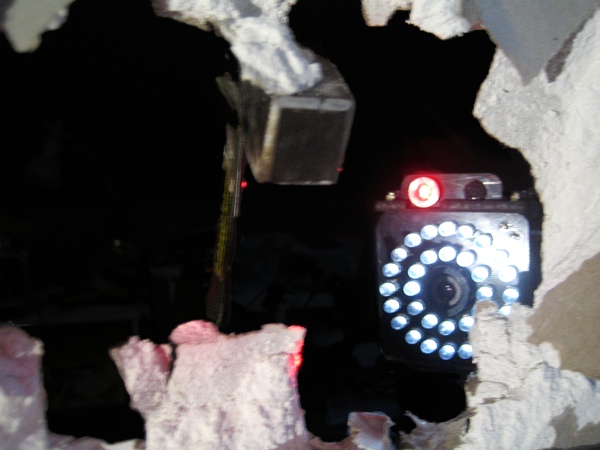 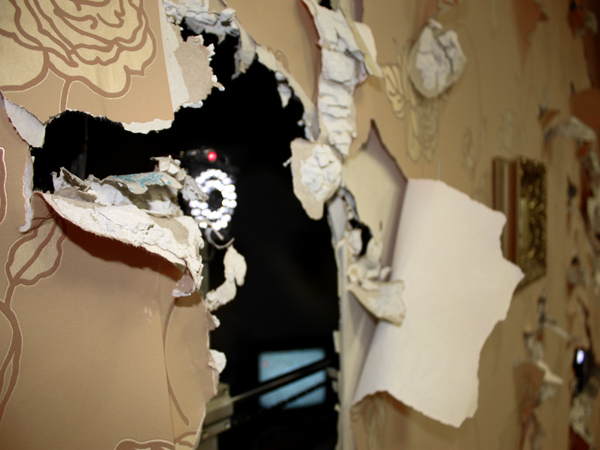 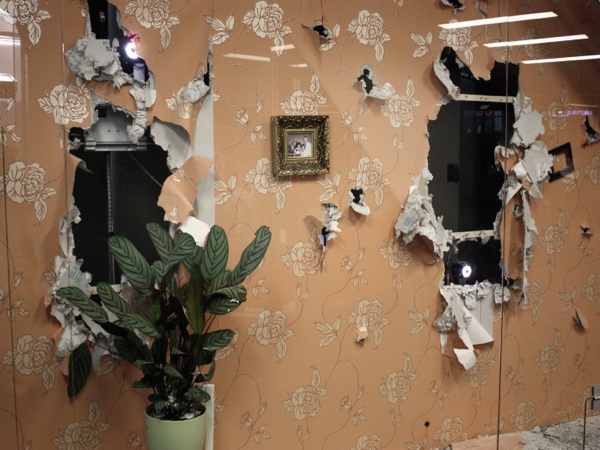 “Zwischenräume” (“Interstitial Spaces”) by robococo is an unsettling art installation in which autonomous robots methodically demolish a wall in order to spy on people passing by. The robots slowly destroyed the wall from June 6 to July 27, 2010, at the MuseumsQuartier in Vienna. Robococo is a collaboration between Petra Gemeinboeck and Rob Saunders.

The installation embeds a group of autonomous robots into the walls of a gallery. They punch holes through the walls to inspect what’s outside, signal each other, and conspire. As if the walls had ears and a hammer to pierce holes for their eyes to see. The work develops a political relationship between the stealthy invasion of digital surveillance and urban combat tactics in which soldiers are instructed to walk through private walls. The installation stages this relationship in the form of an autonomous sculptural process that marks and wounds our environment, leaving behind open scars.