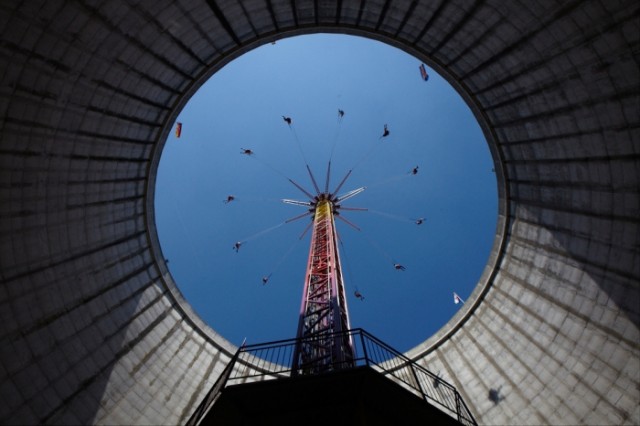 Wunderland Kalkar is an amusement park built at a decommissioned nuclear power plant in Kalkar, Germany. The park includes a 400 bed hotel and a swing ride in the reactor’s cooling tower. The park is built on the site of the SNR-300 nuclear reactor, which was completed in 1985 but never activated due to increasing public distrust of nuclear power. The reactor was constructed at a cost of some four billion USD, and sold in 1995 to Dutch businessman and amusement park founder Hennie van der Most for $2.5 million.

photos by Karin.Smit and Wunderland Kalkar