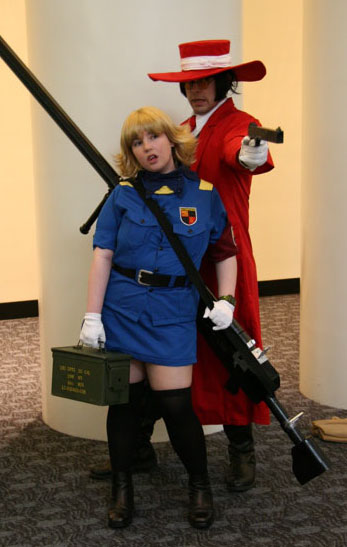 WonderCon 2006 is shaping up to be another stellar show! Rolling into San Francisco on February 10, 11 and 12, and celebrating its 20th year, WonderCon once again is positioned to be the first major comics event of 2006! Fan favorite writer/director Kevin Smith has just signed on for another big appearance at WonderCon, coming off his standing-room-only Q&A session last year! With 14,500 attendees last year and guests like Alex Ross, Joss Whedon, Julian McMahon and Christian Bale in his ONLY convention appearance for Batman Begins, WonderCon was THE buzz-worthy of show of last year! Brought to you by the same people who produce the world famous Comic-Con International in San Diego each year (104,000 attendees in 2005!), WonderCon continues to grow in both size and stature as a major comics event.

Here are some photos I shot at WonderCon 2005.

UPDATE: My friend Brandon Hanvey will be there exhibiting his comics.