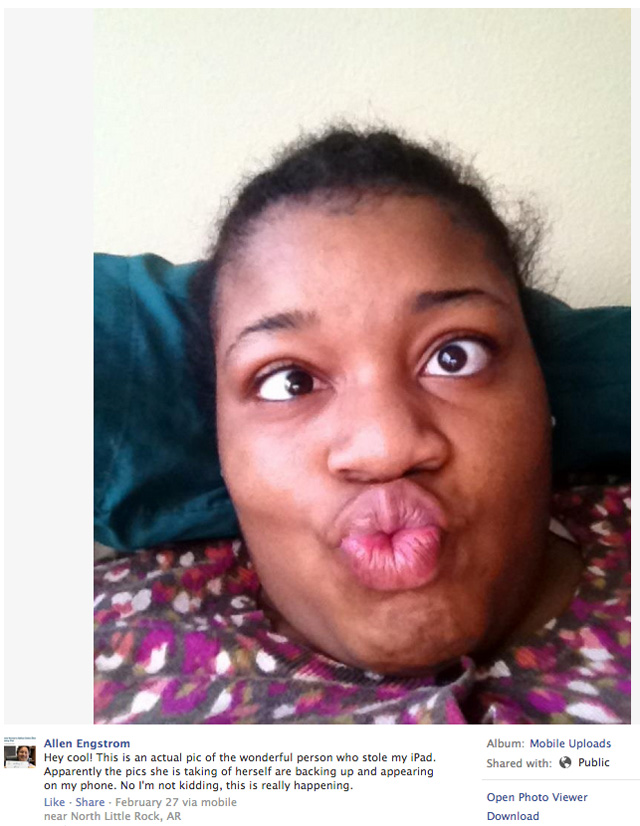 “Hey cool! This is an actual pic of the wonderful person who stole my iPad. Apparently the pics she is taking of herself are backing up and appearing on my phone. No I’m not kidding, this is really happening.”

Arkansas-based businessman Allen Engstrom accidentally left his iPad on a plane and has been trying to track down the woman who grabbed it since February. The currently unidentified Phoenix-based woman took the iPad and started taking silly self portraits with the tablet which then, unbeknownst to her, started autoloading to Engstrom’s iPhone via Apple’s iCloud service. Engstrom has been posting the photos of her on his Facebook page in the hopes of getting his device back. He says the iPad has his information engraved on the back. 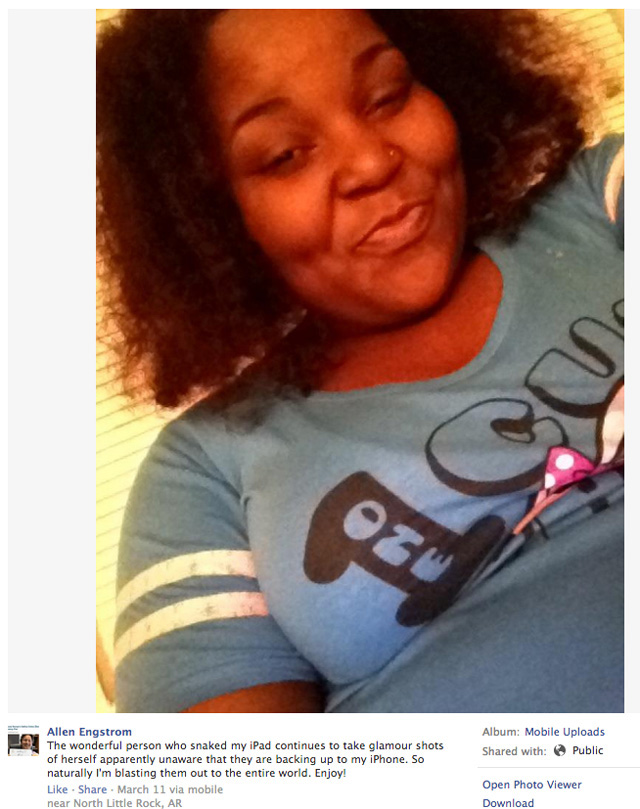