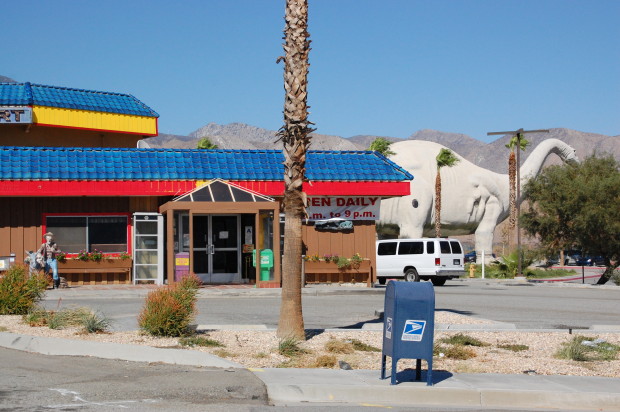 Bob Pratte of PE Bloggers is reporting that the Wheel Inn, the landmark truck stop and diner off of Interstate 10 in Cabazon, California made famous in the popular 1985 film Pee Wee’s Big Adventure, closed for good on Monday, September 23, 2013. The restaurant is next to the Cabazon dinosaurs, the roadside attraction of giant dinosaurs which was built in the 1960s to bring customers into the Wheel Inn. The dinosaurs are owned separately from the restaurant and will remain open as a creationist attraction.

Here is the scene from Pee Wee’s Big Adventure that features the Wheel Inn: 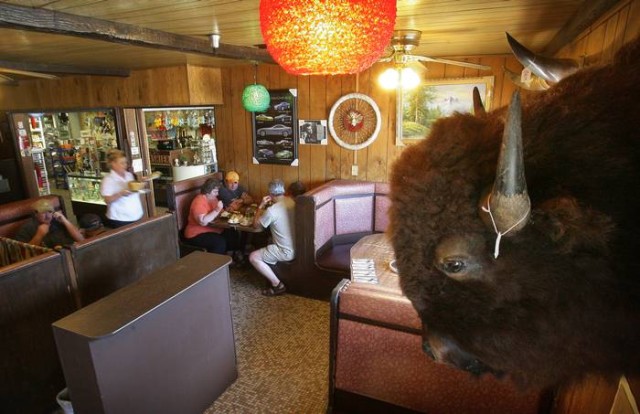 “A stuffed buffalo head hands on the wall of the Wheel Inn Restaurant in Cabazon in 2011.”