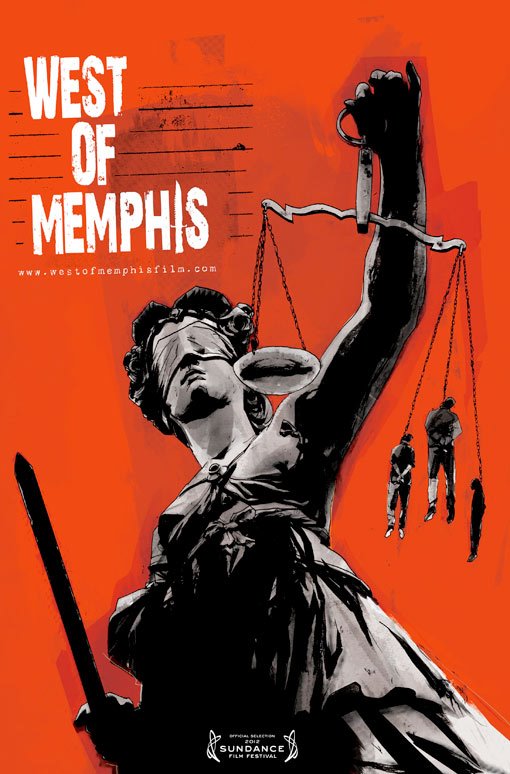 Directed by Amy J. Berg, West of Memphis is a documentary film that follows the events of the ‘West Memphis Three’, the three men who were incarcerated for 18 years for a triple murder they insist they did not commit (trailer). The ‘West Memphis Three’, Damien Echols, Jason Baldwin and Jessie Misskelley, Jr., were released in August 2011 in a plea deal. This film is produced Peter Jackson, Fran Walsh and Damien Echols. The New York Times recently ran a story titled West Memphis Three, a Year Out of Prison, Navigate New Paths, which focuses on their lives post-prison.

How the documentary came to be, is in itself a key part of the story of Damien Echols’ fight to save his own life. The film reveals how close he, his wife Lorri Davis, along with his legal team, friends and supporters, came to losing that battle. But as Echols, who spent eighteen years on death row, himself has stated “… in the face of such horror, in the face of resounding grief and pain, you cannot give up … you must never give up.”