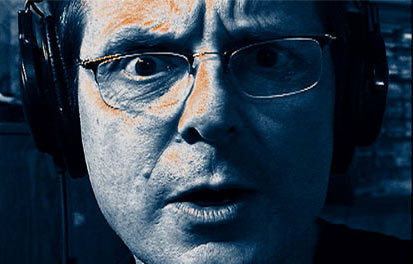 My good friend Chuck Cirino has just leaped into the world of video blogging with the re-launch of Weird America, “A Journey into America’s Crawlspace”, where he posts videos that he’s shot of strange events and interviews with interesting people around the country.

Chuck’s no stranger to film and video, working as an independent producer/director for the last 30 years. His groundbreaking show Weird TV was on Fox Television back in the mid-90s and most recently it was featured on MSN Video. Some of the content for the new Weird America will come from the massive Weird TV archives. Chuck also created two really great videos about Burning Man (1994 & 1997) and for several years at the event he did Talk Show Camp Show, a talk show he hosted on a mobile living room that drives around the Playa, where each episode was shot, edited and screened all in one day.

Chuck’s video archives are overflowing with great content, not to mention all the new stuff he’s working on. He’s also a talented music composer who has worked on the sound score for the Sci-Fi Network and various independent films.

Stay tuned to Weird America, it’s just going to get better and weirder.