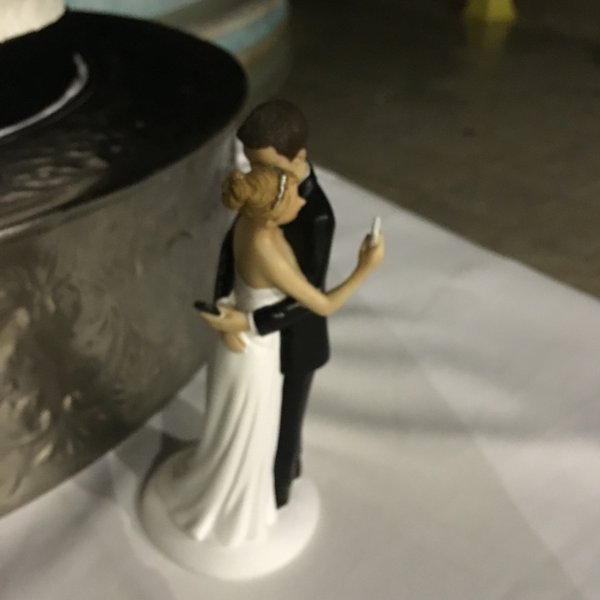 While attending the wedding of Dieter Bohn and Lisa Brewster last weekend in the Dominican Republic, Casey Newton took a photo of the couple’s hilarious wedding cake topper featuring a bride and groom checking their phones behind each other’s back. Congrats Dieter and Lisa!

In addition to the geeky awesomeness of the cake topper, their rings were delivered via drone!