“Water Changes Everything” by charity: water, a non-profit dedicated to bringing clean water to people in developing nations, outlines the terrible burden that scarce and unsafe water supplies place on the world’s poorest populations, and the vast amount of good that could come from basic improvements in water supply and sanitation.

Unsafe water and lack of basic sanitation cause 80% of diseases and kill more people every year than all forms of violence, including war. Children are especially vulnerable, as their bodies aren’t strong enough to fight diarrhea, dysentery and other illnesses.

90% of the 42,000 deaths that occur every week from unsafe water and unhygienic living conditions are to children under five years old. Many of these diseases are preventable. The UN predicts that one tenth of the global disease burden can be prevented simply by improving water supply and sanitation. 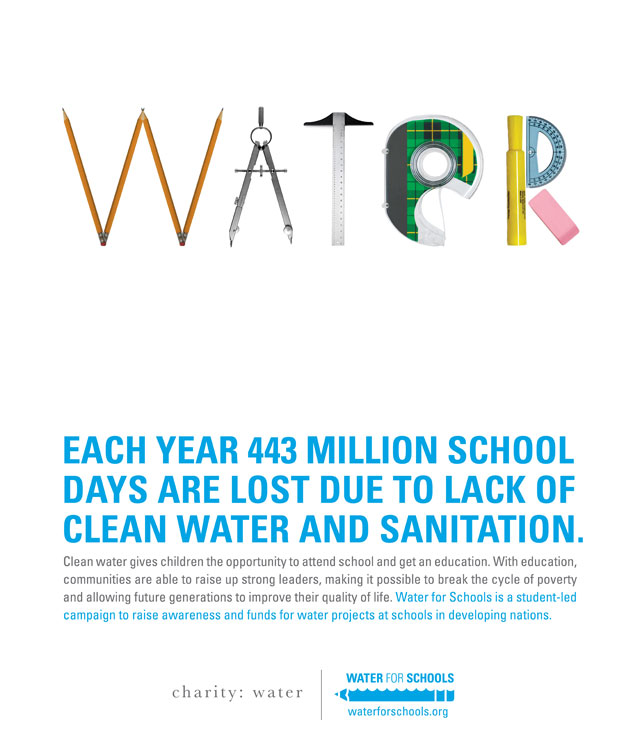