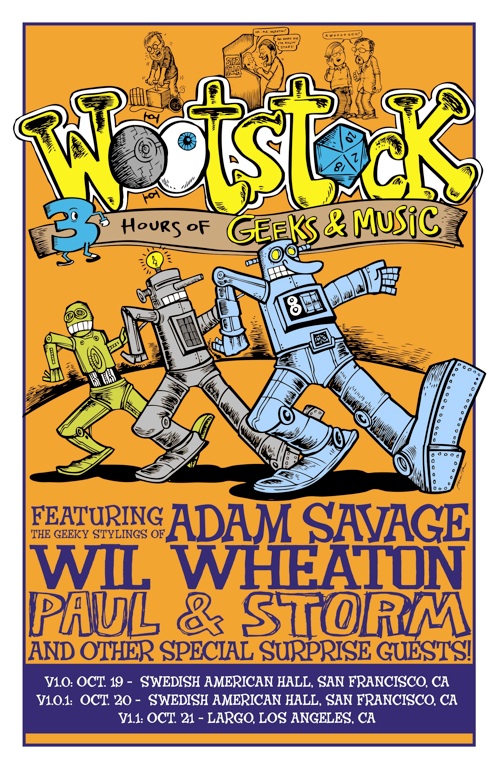 For decades, geeks were ostracized, picked on, laughed at and punished by the sun’s harmful UV rays. But there is only so long that a people can be kept down before they rise up against their oppressors; and, indeed, the dawn of the 21st century has seen the ascendancy of geeks and geek culture.

We now celebrate that rise to power–and let’s face it, nerds pretty much run everything now–with w00tstock, a special event for geeks of every stripe. Television host/special-effects artist Adam Savage (”MythBusters”), actor/author/blogger Wil Wheaton (”Star Trek: The Next Generation”, “Stand By Me”) and music-comedy duo Paul and Storm (hey; that’s us!) present a night of songs, readings, comedy, demonstrations, short films, special guests, and other clever widgets born from and dedicated to the enthusiasms, obsessions, trials and joys of geek pride.

This is the dawning of the Age of Geekdom–and its voices will ring true at w00tstock.