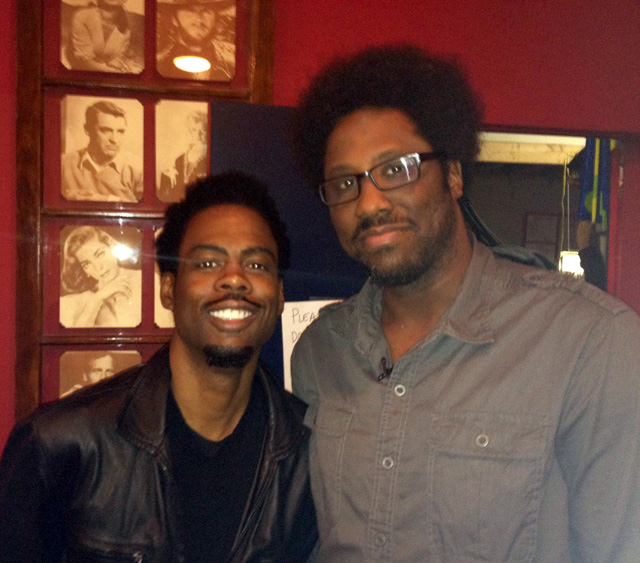 Chris Rock and W. Kamau Bell at the pilot presentation taping in November 2011

Laughspin has announced that a new (and currrently untitled) late night comedy series has been ordered by cable channel FX. The series will be executive produced by Chris Rock and will star San Francisco comedian W. Kamau Bell.

Laughspin has the full story on this collaboration:

The as-of-yet-untitled 30-minute show – loosely described as a cross between the Daily Show on Comedy Central and more traditional late night chat programs – will premiere this August and run for six episodes. The series will shoot in New York City, where Rock is based, and will find Bell breaking down current events, pop culture and more— most likely, with the help of other comedians on screen…

In early November of last year, Bell taped a pilot in Los Angeles titled The Bell Curve: Apologies, based on his long-running one-man show The W. Kamau Bell Curve: Ending Racism in About an Hour.