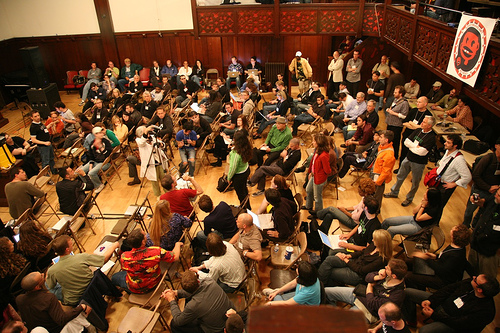 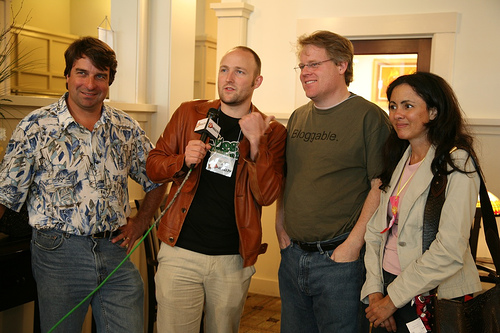 I showed up for the last couple of hours of Vloggercon 2006 on Sunday. While I was there I shot a few photos and meet a bunch of interesting folks doing really cool stuff with online video. The place was packed with vloggers, many of whom traveled great distances attend. All reports from earlier in the day and Saturday was that the event was a total success.

One of the big stories at this year’s Vloggercon was the announcement that Robert Scoble was leaving Microsoft (Robert was a Microsoft evangelist and their #1 blogger) and moving down to the Bay Area to work for PodTech, as vice president of content.

UPDATE: The blogger reaction to Robert Scoble’s news was so large that it temporarily brought down the PodTech website. All of this and not a press release in sight. Now that’s publicity!