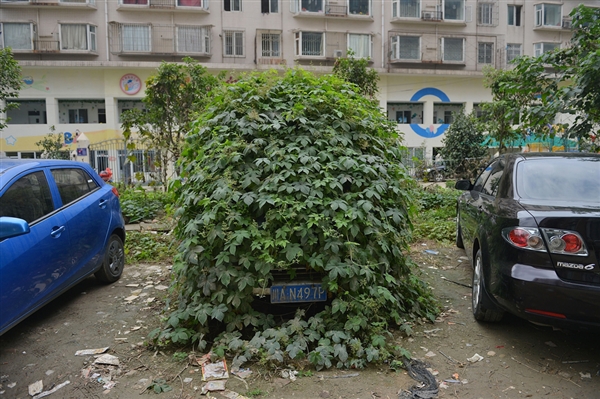 In the small Chinese town of Huayang, a car languishing in a parking lot since 2012 became so overgrown with vines that it was almost unrecognizable as a vehicle. The bizarre car-shaped bush gained notoriety on Chinese social media before finally being towed away by authorities last week. The vines proved difficult to remove, so it was towed away with the vines intact. The Chinese colloquialism for abandoned cars is “jiangshiche,” or “zombie cars.” 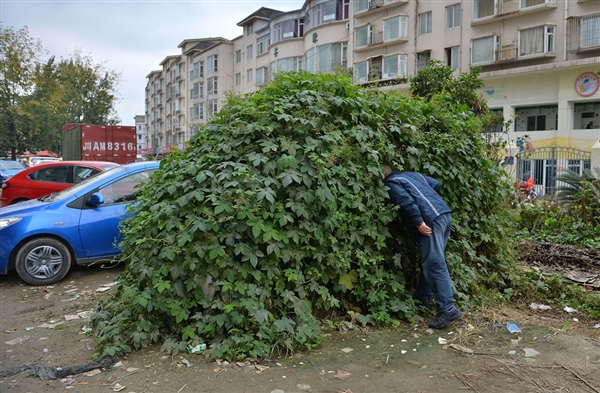 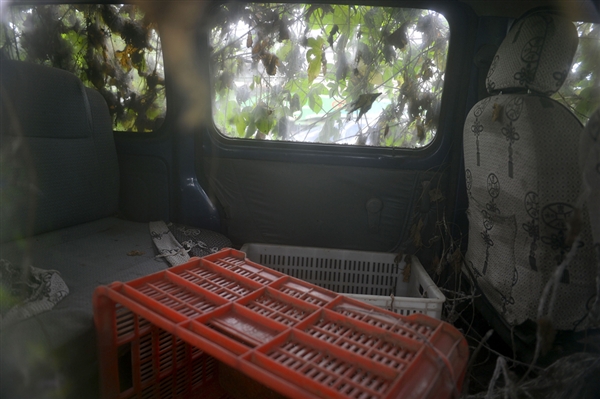 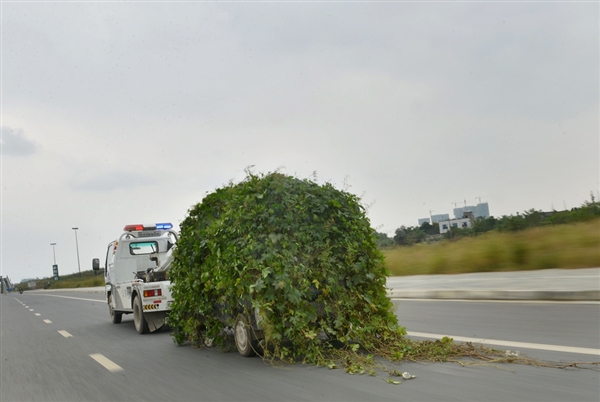 via Behind The Wall