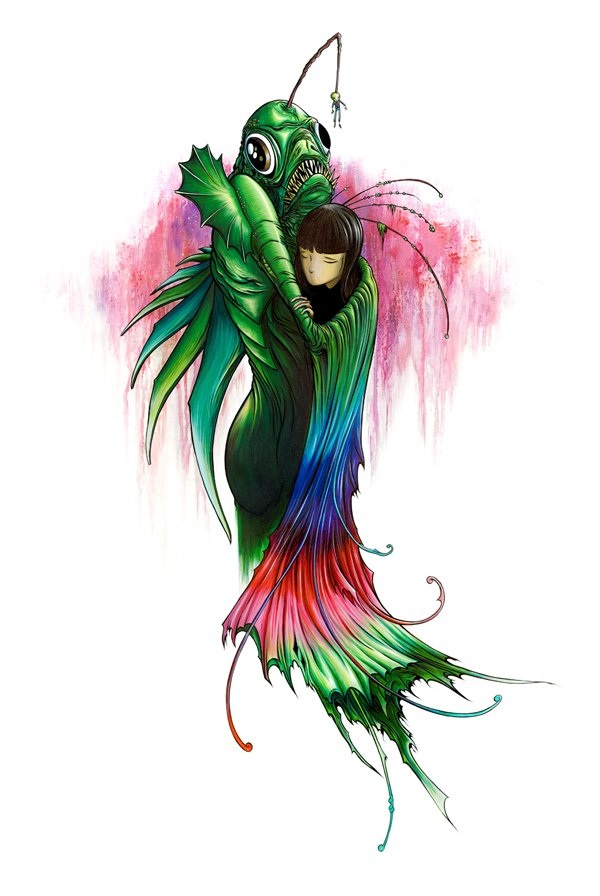 “Vertigo: A Decade of Hunting Nightmares” is a new show featuring the amazing art of Alex Pardee is currently on display at Corey Helford Gallery in Culver City through January 26th.

In his first solo at Corey Helford Gallery, the artist unveils the art of capturing nightmares with a collection of thirteen acrylic-on-cradled wood panel paintings, which are physical representations of darkly intense dream-state visions in the unique Pardee style. Each painting is accompanied by a framed document chronicling the nightmare’s history, as related by world-famous nightmare hunter, Verti Parker, who inspired Pardee to create the exhibition. Also on display throughout the gallery will be a series of artifacts and evidence from the famous nightmare hunter’s archive, including the actual music box he used to exorcise nightmares from patients, as well as an eight-foot taxidermy monster from Verti’s very first nightmare hunt.

For an exhibition as unusual as this, embracing the exploration of the feelings of anxiety and terror experienced during a nightmare, Pardee approached his creative process in a new manner: first, conceptualizing his subject, outlining its story and then preparing detailed black–and-white line art drawings followed with multiple washes of color. Pardee challenged himself, learning new perspectives and techniques, as well as employing acrylics as his chosen medium for the first time. His wood panels are personally handmade and custom framed to enhance his subjects’ darker qualities.