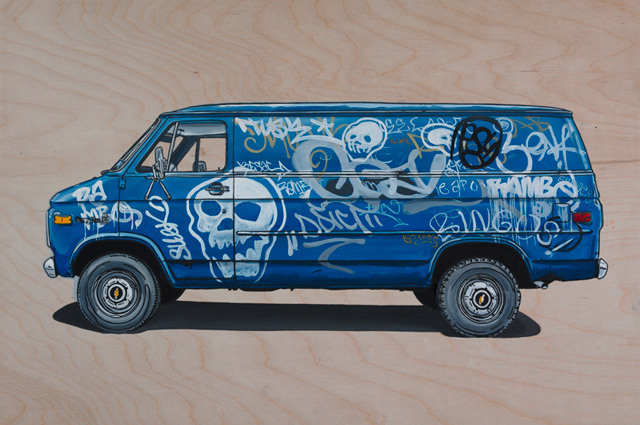 Artist Kevin Cyr has a great ongoing series of van paintings inspired by “Vandura, Chevy, and Econoline Chateau” vans he’s seen in Queens and Brooklyn. The entire series will be shown in a solo exhibition at Jonathan LeVine Gallery in New York City opening on May 19, 2012 and exhibiting through June 16, 2012.

Over seven years, he has painted portraits of more than 30 vans, as well as customized die-cast miniatures of his favorites.

“They are mostly from Queens and Brooklyn,” he said of his subjects during a visit to his studio. “It has to be the right vintage. I love it when it is covered in dents and dings and there’s rust. It has to have the right amount of graffiti. The more character the van has, the more fun it is to paint.” 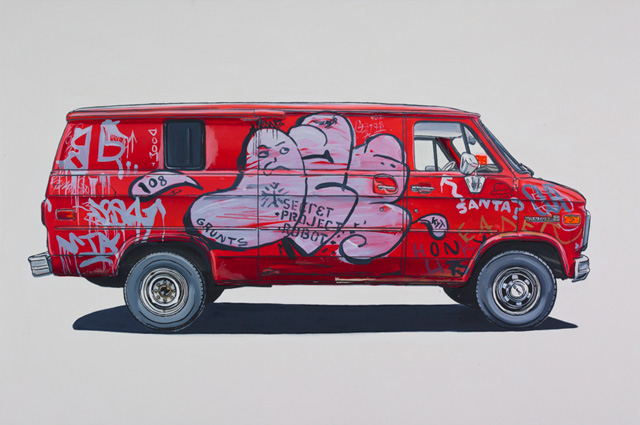 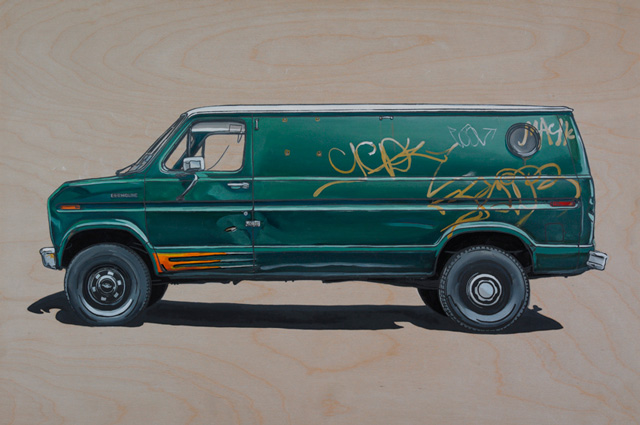 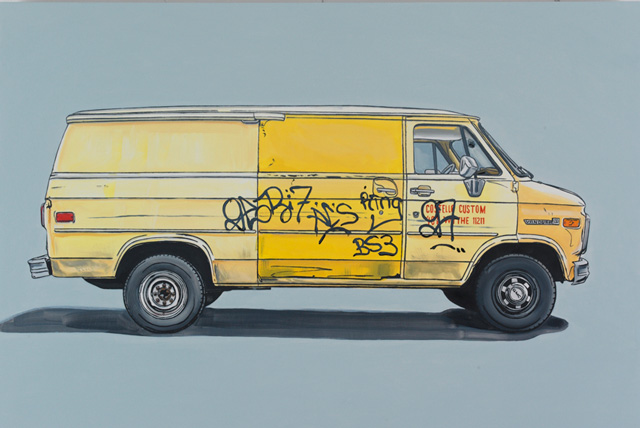