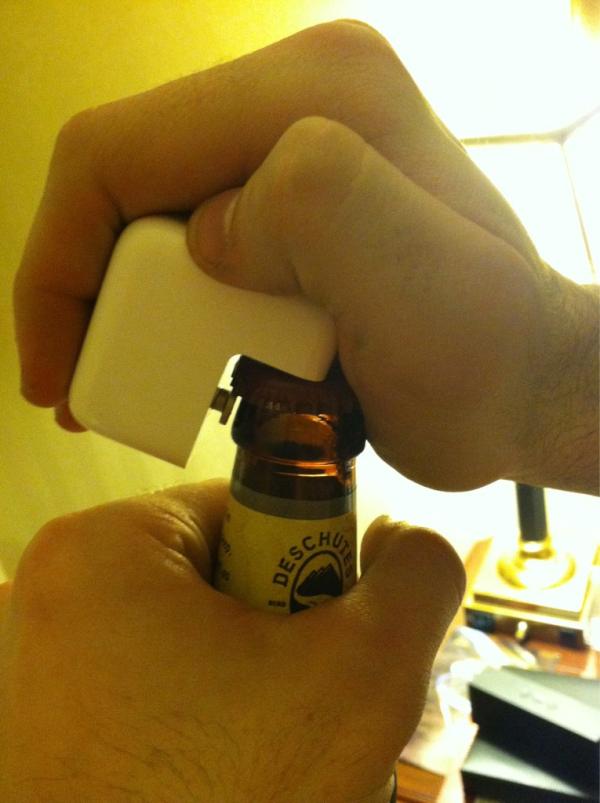 Graphic designer Eva Giselle and web developer Jesse Lupini recently discovered that a bottle of beer can be opened with an iPad adapter. Lifehacker reports that it can be done with most any Apple power adapter. 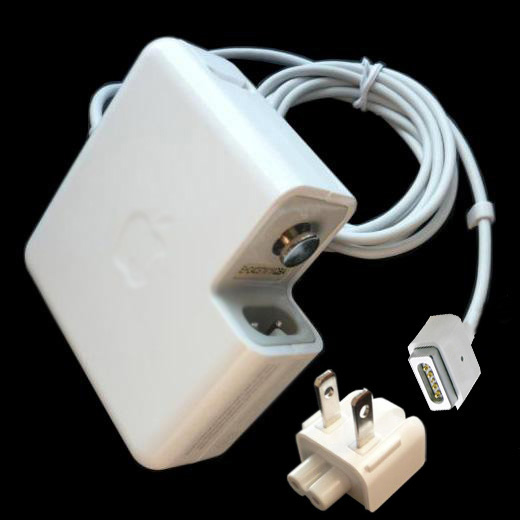