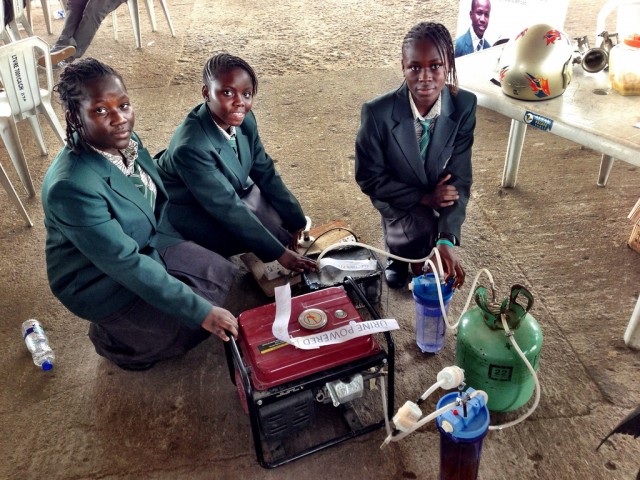 At last week’s Maker Faire Africa in Lagos, Nigeria, four girls presented an ingenious urine powered generator. The system generates six hours of electricity from a liter of urine. It works by separating hydrogen from the urine via electrolysis and then powering a generator with the hydrogen. The development team consisted of Duro-Aina Adebola, Akindele Abiola, Faleke Oluwatoyin, and Bello Eniola. 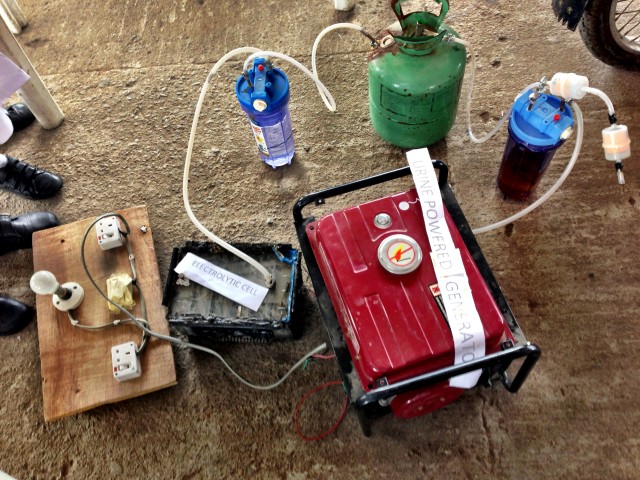