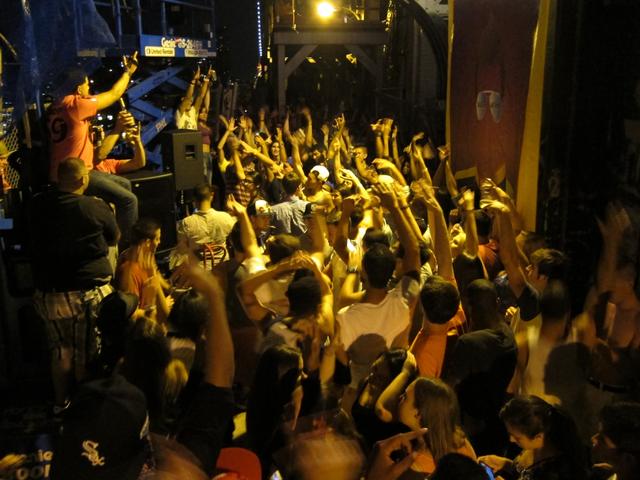 On Saturday night the Manhattan Bridge in New York City was the site of a massive underground “Xandernation” dance party that ran until the police shut it down early Sunday. According to Gothamist and the Daily News, there were several hundred mostly teen-aged participants at the event, which filled a pedestrian walkway on the Brooklyn side of the bridge. The party was organized by Alex Xander—he was one of several people arrested at the end of the event.

photo and videos by Scott Lynch for Gothamist