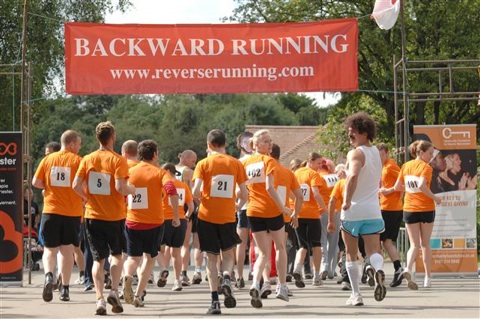 Last Sunday Reverse Running organized the first ever UK Backward Running Championships in Manchester, featuring 35 runners who ran a one mile race in the wrong direction. Garret Doherty of Ireland won the race with a time of 7:30.

Reverse running is the sport of running backwards and is known more widely around the world as Retro Running and Backward Running. It is also a ‘Super Exercise’ and could be the next big fitness craze. If running forwards isn’t your forte, maybe going backwards is. Once you’ve mastered the basics, you’ll never look forward again.