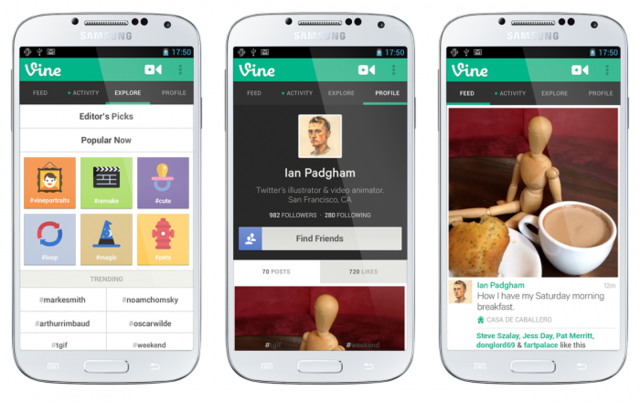 Twitter has just announced that its six-second video sharing app Vine is now available for Android smartphones. The new Android app supports zoom unlike the iOS version and also has basic features like video recording, playback, discovery, and the ability to share on Twitter. Twitter has promised that it will update the Android app with front-facing camera support, search, mentions, hashtags, and the ability to share on Facebook “in the coming weeks”.