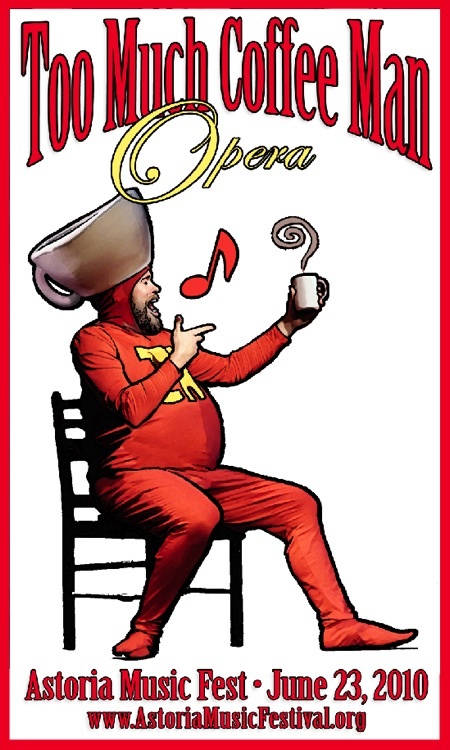 In 2006 an Opera was created based on “Too Much Coffee Man”, the wonderful comic series by Shannon Wheeler. It’s the first opera to be based on a comic book.

The next performance of the opera takes place on June 23rd at Astoria Music Festival in Astoria, Oregon.