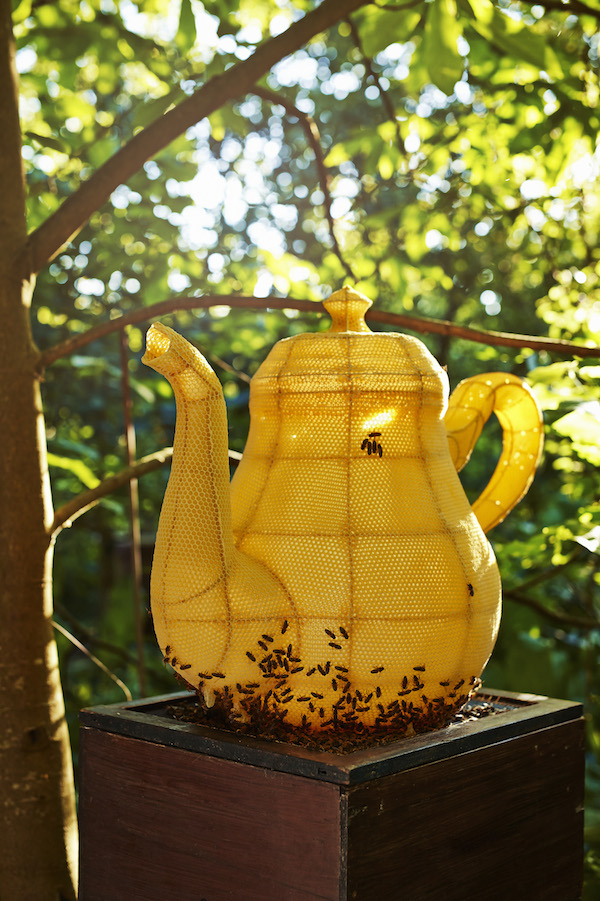 Thousand Years is a work of art shaped like a teapot created by designer Tomáš Gabzdil Libertíny and a group of 60,000 bees provided by Dutch beekeeper Johan Beckers. The beehive, which was built over a metal scaffolding skeletal work, was inspired by themes of nature and time found in the 1938 European film The Millennial Bee and One Hundred Years of Solitude by Gabriel Garcia Marquez.

I have been always amazed by the power of nature and its epic force that drives forward slowly but steadily. The ‘made by bees’ project allowed me to plug in to this source and guide it to create a mythology as well as a proposal. The title of the work ‘Thousand Years’ is not only reflecting the amazing materials properties—beeswax can literally last thousands of years—but also the scale of human life in the face of the apparent eternity of the universe. 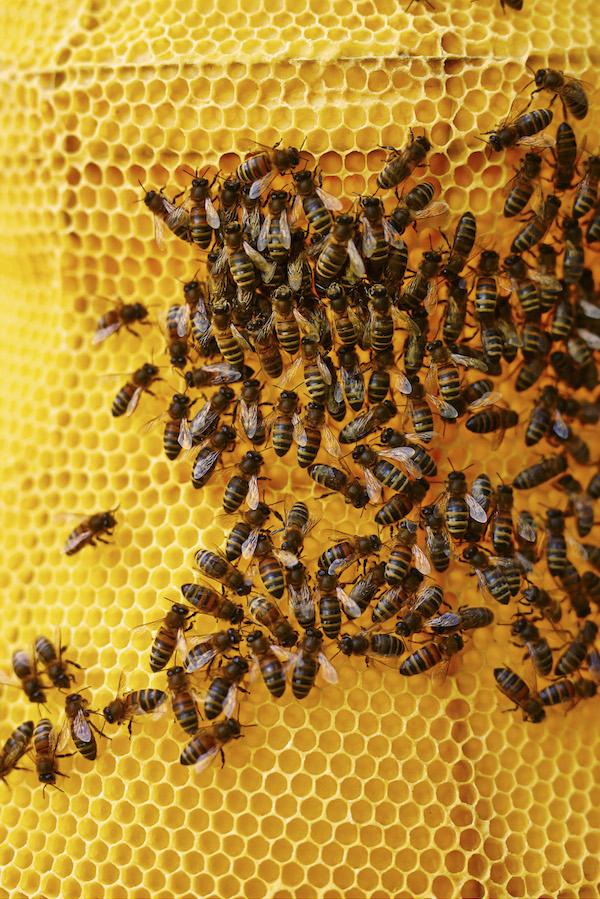