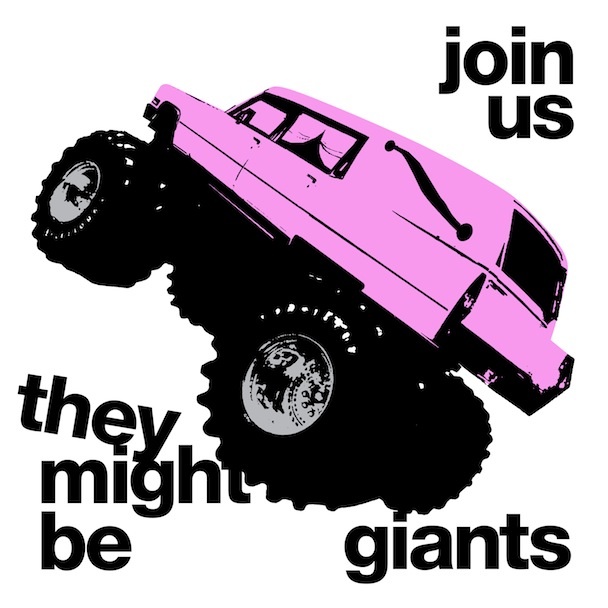 They Might Be Giants (TMBG) kick off their 2012 United States tour on the Conan show on January 26, 2012 which will feature music from their two new albums, Join Us and the companion rarities album, Album Raises New and Troubling Questions. Their first public performance of this tour is on January 27, 2012 at the Rio Theatre in Santa Cruz, California. Special musical guest Jonathan Coulton opens for TMBG in the majority of the U.S. cities.

To celebrate the announcement of their tour, TMBG released this “dramatic video” which follows the construction of a giant pink papercraft life-sized monster truck hearse set to When Will You Die? from TMBGs album Join Us. For fun, they have provided free detailed instructions on how to make your own gigantic or table-top sized monster hearse at home.

The video tracks the creation of an 18′ paper and wood replica of the DayGlo pink monster hearse that graces the cover of They Might Be Giants’ album “Join Us.” World-renown graphic artist Paul Sahre created the original cover, and after designing a 3D scale model of the hearse in .pdf form decided he wanted to take this project to another level. So he set his laser printer to 3400%, and then set himself and his design staff to work to create the most monster of model monster trucks. The result is a viral video that must be seen to the end.