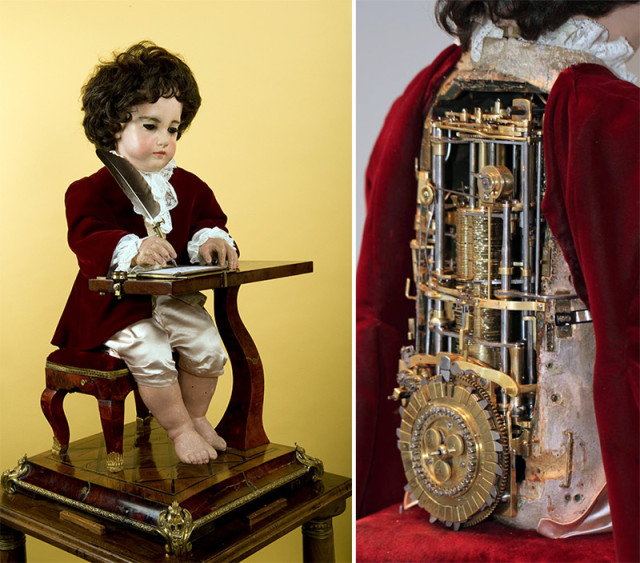 The Writer is an 18th century humanoid automaton that can be programmed to write short messages with a pen. Created by Swiss watchmaker Pierre Jaquet-Droz, the mechanical automaton is made of 6,000 parts and is controlled by wheel that can be programmed with text up to 40 characters in length. You can see it in action in this clip from the BBC documentary “Mechanical Marvels: Clockwork Dreams.” The Writer and two other automata by Jaquet-Droz are on display at Musée d’Art et d’Histoire in Neuchâtel, Switzerland.

photo via Colossal, videos via BBC