The Walking Dead is a new television series based on the popular comic book series created by Robert Kirkman and published by Image Comics, debuts Halloween night on AMC.

Waking up in an empty hospital after weeks in a coma, County Sheriff Rick Grimes (Andrew Lincoln) finds himself utterly alone. The world as he knows it is gone, ravaged by a zombie epidemic. The Walking Dead tells the story of the weeks and months that follow after the apocalypse. Based on Robert Kirkman’s hugely successful and popular comic book series, AMC’s new original series, The Walking Dead, premieres with a 90-minute episode on Halloween night: Oct. 31 at 10/9c. Written and executive produced by three-time Academy Award-nominee Frank Darabont (The Shawshank Redemption, The Green Mile), who also directs the pilot, and executive produced by Gale Anne Hurd (The Terminator, Aliens), the series debuts during AMC Fearfest, the network’s annual blockbuster marathon of thriller and horror films. 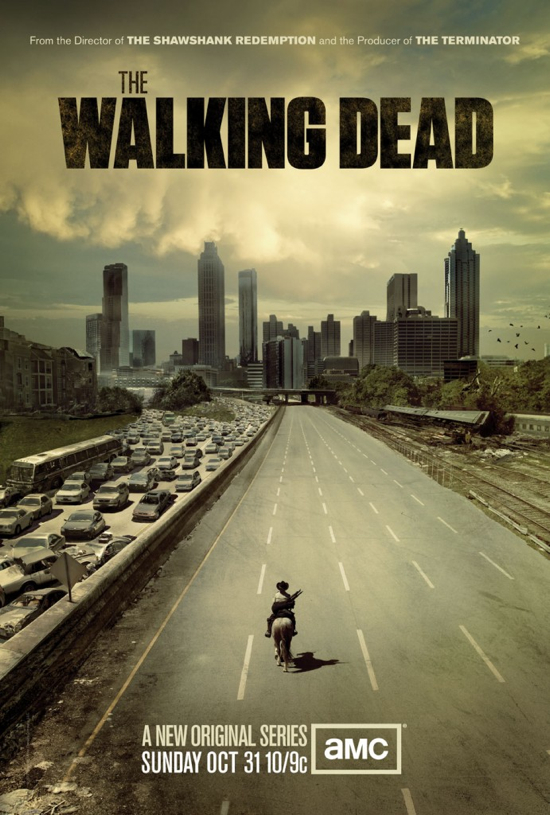