The Vault is a self-serve coffee shop located in a former bank building in Valley City, North Dakota where customers pay on the honor system. When customers are finished serving themselves, there’s a credit card reader and a slot for checks and cash. There are some security measures on-hand, but the shop’s owners mostly rely on the honesty of Valley City’s community to police themselves.

Many people ask how we are not being robbed blind. A lessor factor is that we have cameras – though their primary purpose is to help provide a safe atmosphere. More important is the good will of the people of Valley City. Generally speaking the people of Valley City are more generous than dishonest. In the first seven months of being open we averaged 15% more than our asking prices.

In a report on the coffee shop by Aaron Boerner for local news station KVRR, co-founder David Brekke insists that he didn’t realize self-service was a novel concept in the world of coffee shops.

At the time, I didn’t realize how unique that was. I thought it just made sense and I found out later by Googling that there just isn’t anything like it. 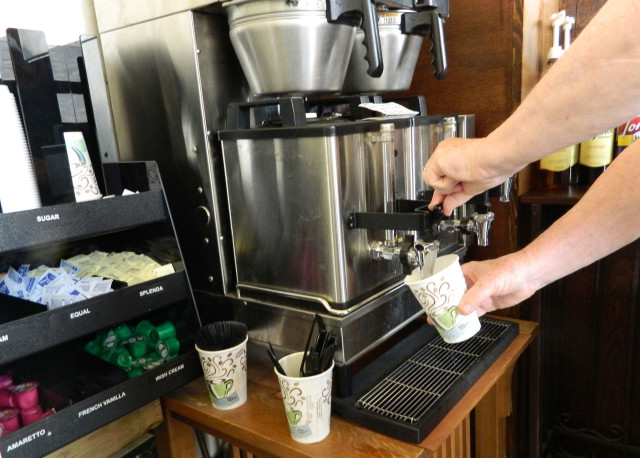 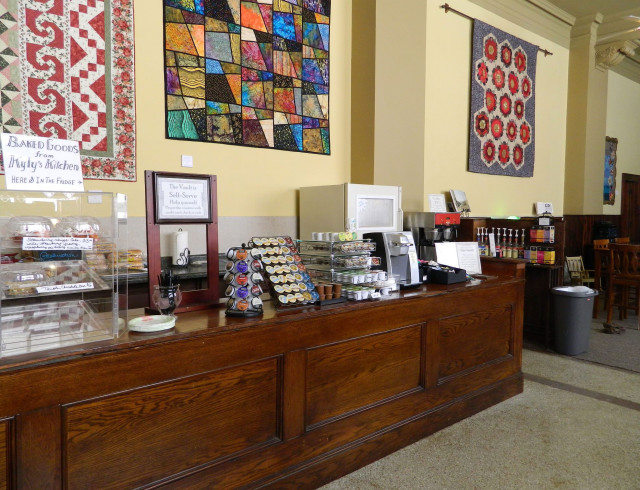 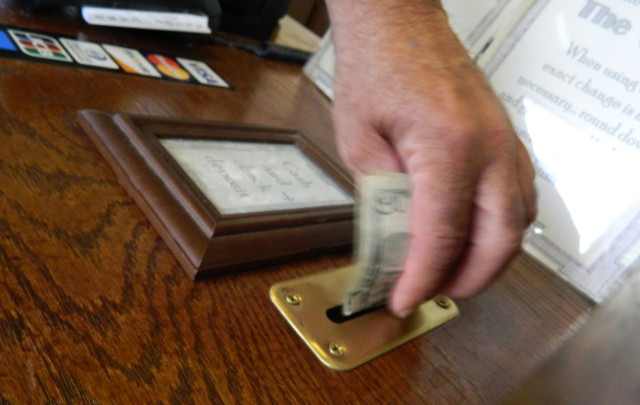 photos via The Vault