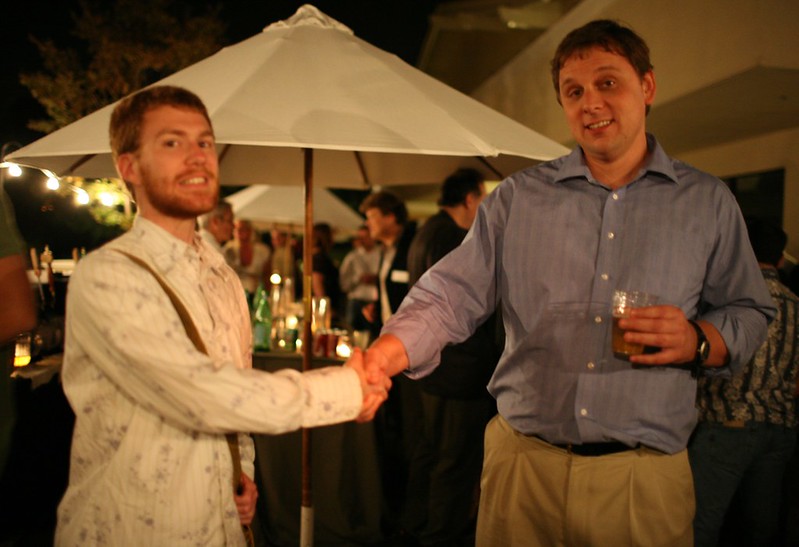 Monkey Notions has made an excellent video about the Valleywag / TechCrunch Peace Accord using my photo of the now famous, less-than-enthusiastic handshake between Nick Douglas and Michael Arrington at the TechCrunch 7 Party.

In the photo Nick is slightly out-of-focus due to the depth of field from my prime lens. Since I was the “official photographer” of the party, my obligtion was to Mike, so the focus goes to him. Maybe if Valleywag paid me for my photos…

Rumor has it that the threat of “cooties” is what kept them from getting any closer.

UPDATE: Oh no, it looks like Nick is starting to violate their truce.