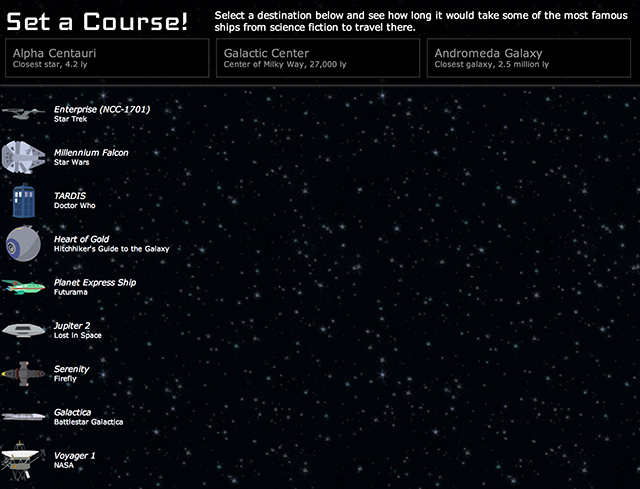 Slate interactives editor Chris Kirk created a very handy interactive guide for comparing the speeds of some of the most popular spaceships from science fiction television shows, films and the real world. You can select a destination (Alpha Centauri, Galactic Center, Andromeda Galaxy) and instantly view the visual race between each of the ships and then get specific results afterward.

It’s a little odd that a genre about science, the field of precision, can be so imprecise. The truth is that spaceships almost always fly at the speed of the plot. But, for those who refuse to accept that, this is a definitive guide to ship speeds, based on highly scientific computer simulations and highly unscientific speculation. 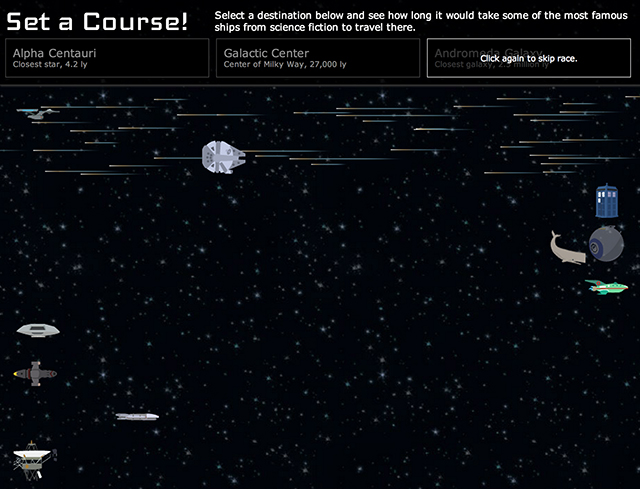 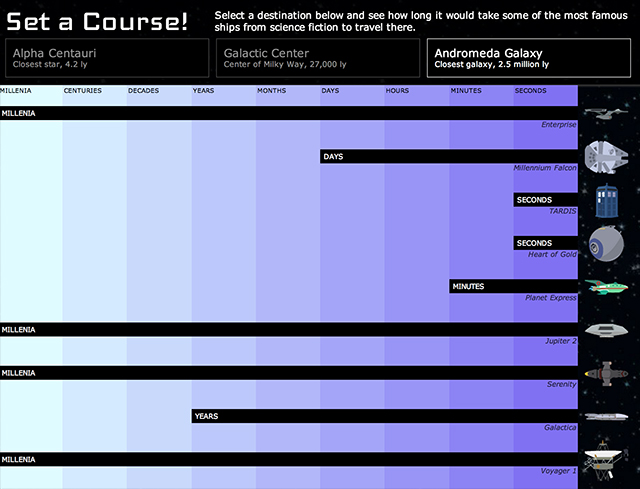