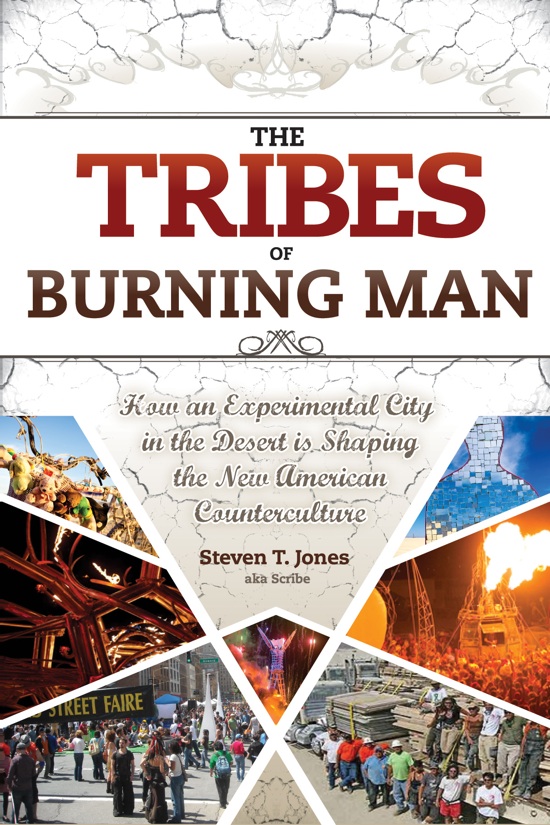 The Tribes of Burning Man is a new book by Steven T. Jones (aka Scribe) on how Burning Man is transforming American society. The book is now available for pre-order through Steven’s website and a book launch party is taking place on Thursday, Feburary 17th at Project One in San Francisco.

Longtime newspaper journalist Steven T. Jones embedded himself in this blossoming culture starting in 2004, a dispiriting year for American politics but the beginning of Burning Man’s renaissance, when it began to explode outward in unexpected ways. The result is the most in-depth book ever written on this intriguing social phenomenon. Several of my photos are featured in the book, including this one of “Flock” by Michael Christian in front of San Francisco’s City Hall.