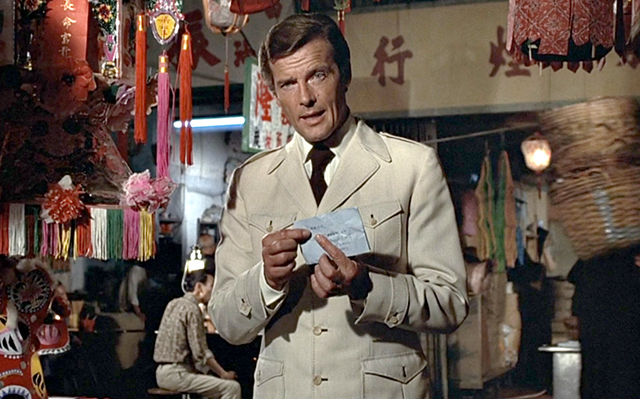 The Suits of James Bond is a blog by Briarcliff Manor, New York-based graphic designer Matt Spaiser cataloging the outfits worn by actors (James Bond and his numerous enemies) from the 007 films. Matt explains in fine detail everything we need to know about each article of featured apparel.

Here is an excerpt from Matt’s post about The Safari Leisure Jacket:

This outfit from ‘The Man with the Golden Gun’ may be the one most to blame for Roger Moore’s undeserved reputation for always wearing a leisure suit as James Bond. This safari jacket, made of cream-coloured silk or a linen and silk blend, is really the only one that’s a 100 percent product of the 1970s. Unlike Moore’s traditional safari shirts, this one is a structured jacket. It has natural—but structured—shoulders, set-in sleeves and a tailored waist. (read more) 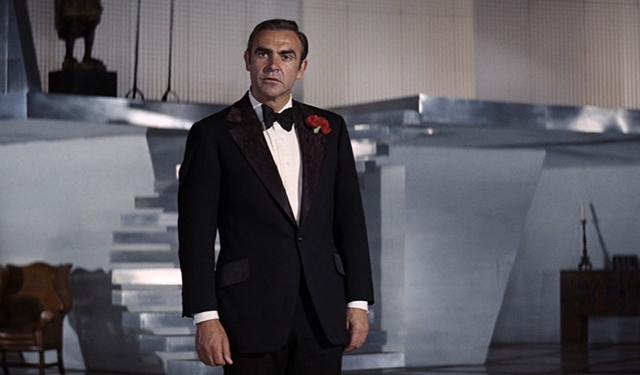 “A Flamboyant Dinner Suit” – Sean Connery in Diamonds Are Forever (1971) 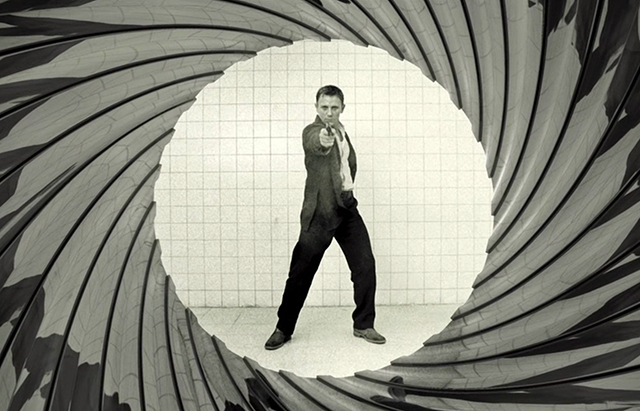 images via The Suits of James Bond