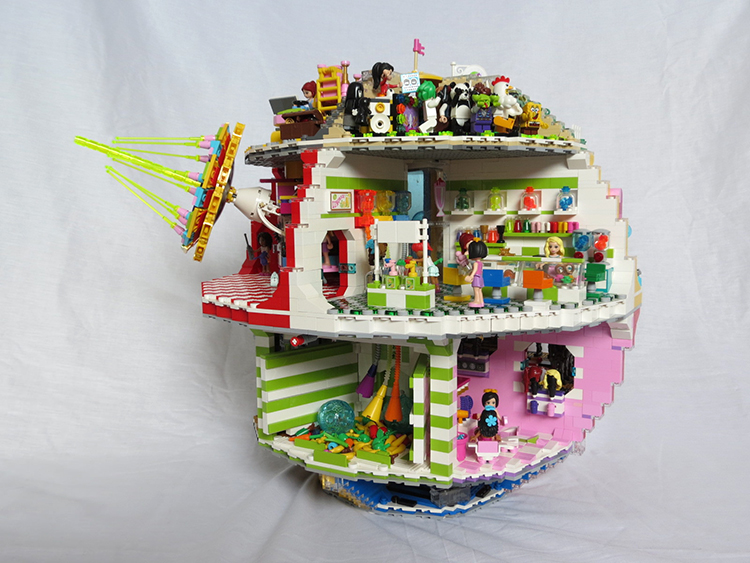 LEGO enthusiast Steve Price recently used his building skills to imagine what the Star Wars-themed LEGO Death Star playset would look like with a beautiful LEGO Friends remake. Instead of inflicting instant death and despair, the revamped space station now “spreads love and happiness throughout the universe.” It comes equipped with a hair salon, a fancy juice bar and crusher, a pamper room, and a room where battle droids are “processed through The Stephanizer and converted into Friends girls.” More photos of the Death Star makeover are available to view on Flickr.

Once The Death Star Became Surplus To Requirements, The Friends Girls Took Over To Spread A Little Love And Happiness Throughout The Universe And Give It The Ultimate Makeover!!! 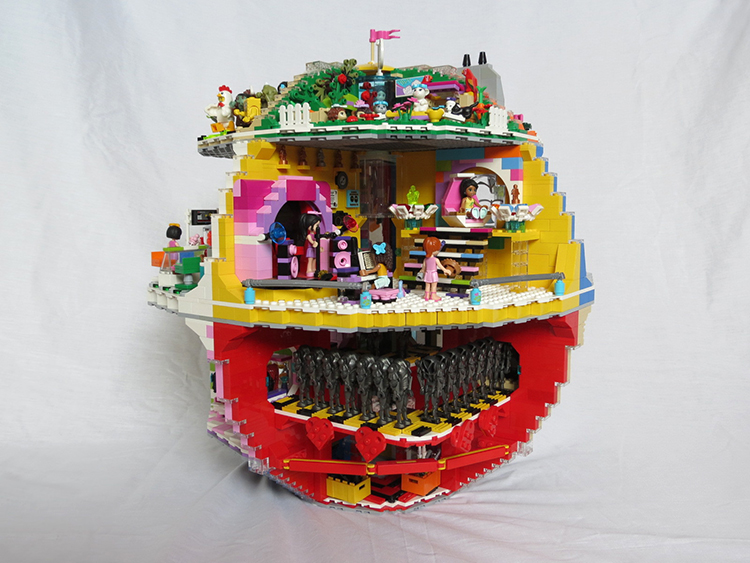 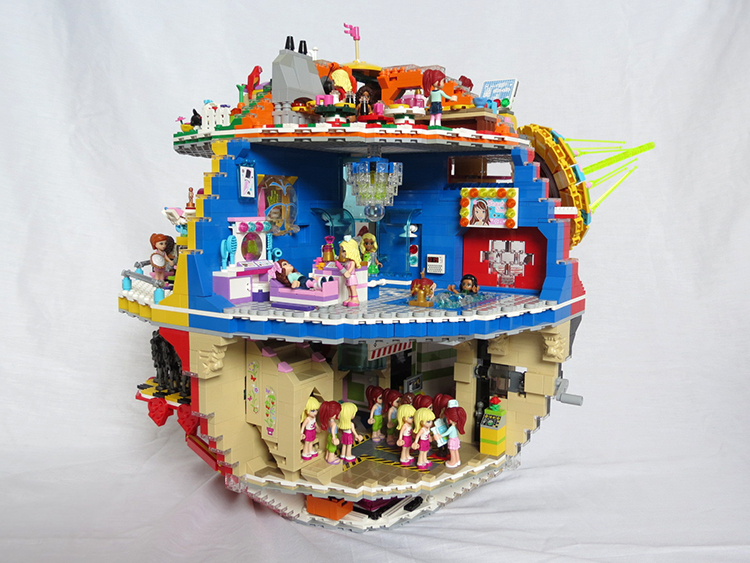 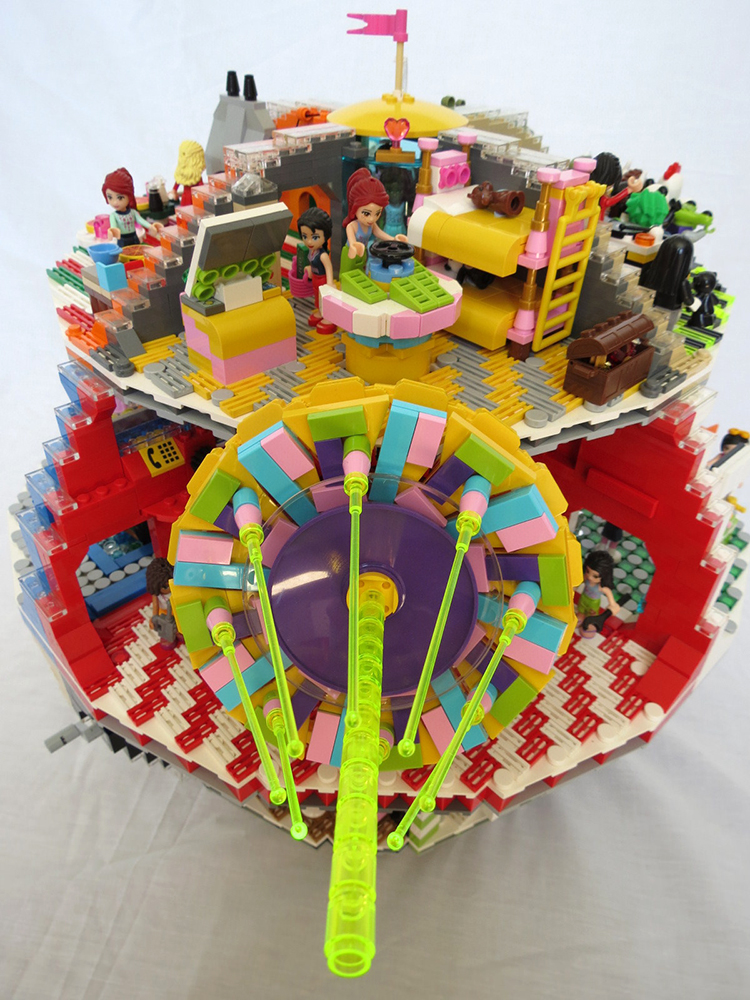 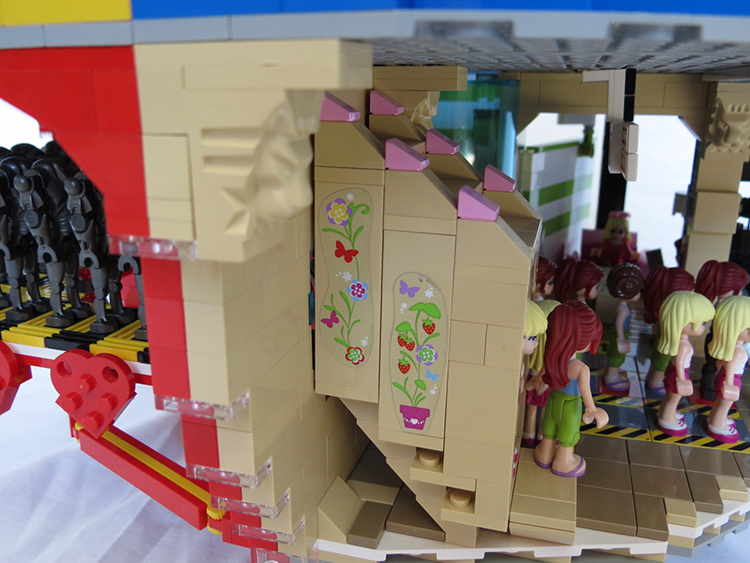