The full trailer has been released for “The Social Network”, a film about the founding of Facebook, written by Aaron Sorkin and directed by David Fincher. The film is scheduled for release on October 1st, 2010.

On a fall night in 2003, Harvard undergrad and computer programming genius Mark Zuckerberg sits down at his computer and heatedly begins working on a new idea. In a fury of blogging and programming, what begins in his dorm room soon becomes a global social network and a revolution in communication. A mere six years and 500 million friends later, Mark Zuckerberg is the youngest billionaire in history, but for this entrepreneur, success leads to both personal and legal complications. 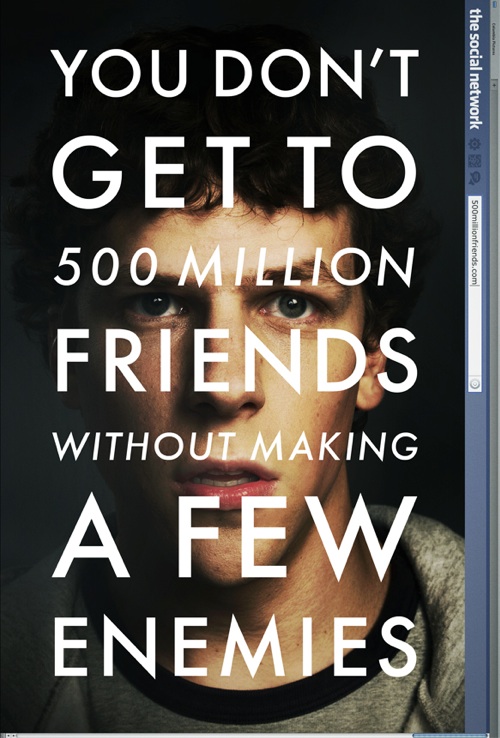 UPDATE: David Choe talks about how David Fincher hired artists to recreate the art that he painted in the Facbook offices.