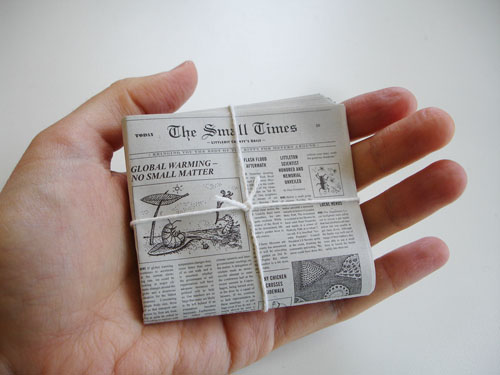 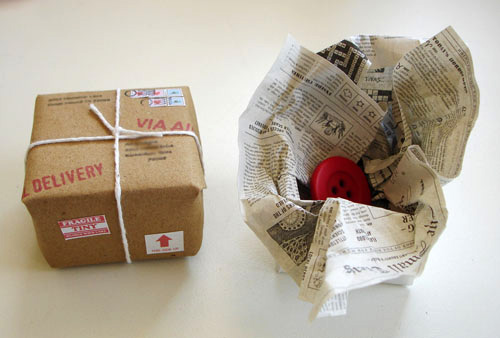 Lea Redmond of Leaf Cutter Designs, (also, the postmaster of The World’s Smallest Post Service), had the idea to make a tiny newspaper to be included in her The World’s Smallest Post Service stationery kit. The newspaper, titled The Small Times, was a collaboration of a bunch of folks from the kit’s publisher, Chronicle Books, illustrator Sam Bower and Lea Redmond and friends.

…we decided to create an entire fictional newspaper to be crumpled up as packing paper in the tiny packages. And of course, the newspaper is not only itty bitty, but every article and image is tiny themed too! 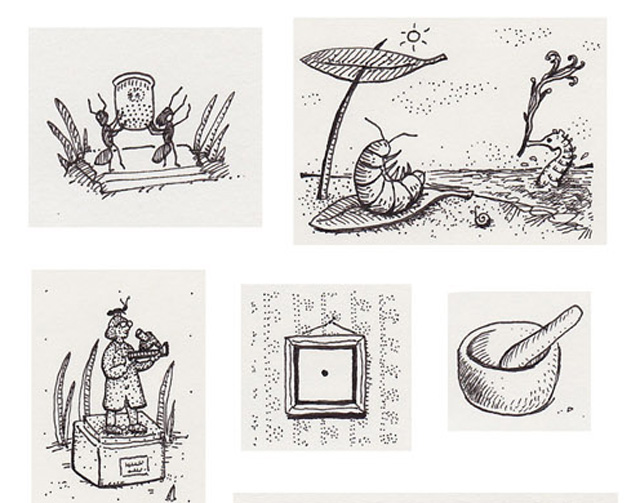 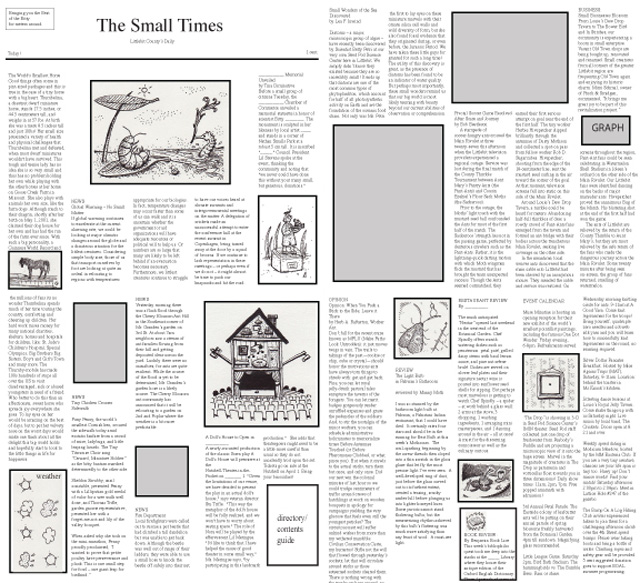