The now iconic White House “Situation Room” photo by Pete Souza, shows Obama, Biden and the national security team receiving an update on the Osama bin Laden mission. Alexia Tsotsis notes that this photo is now half way to becoming Flickr’s most viewed photo. It has also been the subject of countless remixes, like this gem: 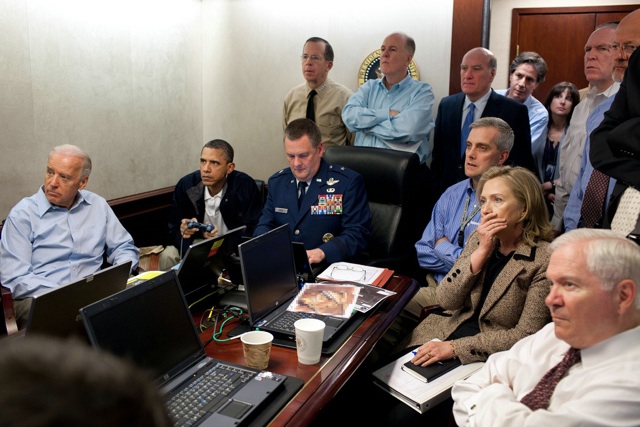 UPDATE: The Daily has a post up that identifies everyone in the photo. 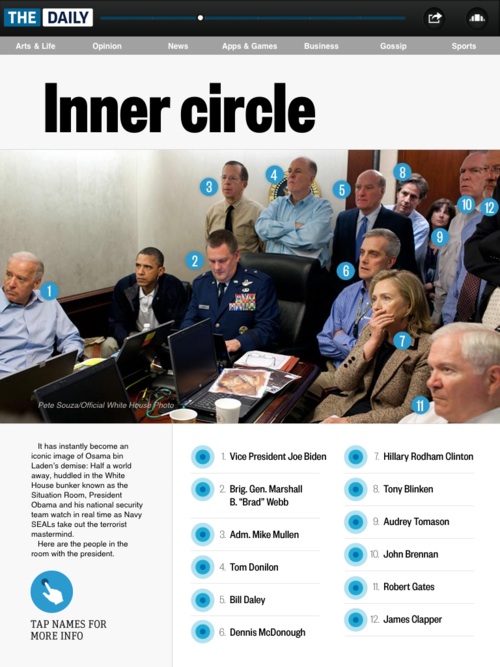