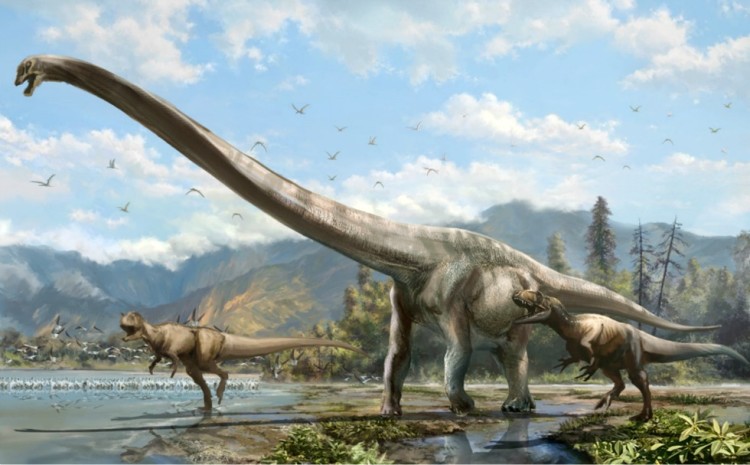 Paleontologists from the University of Alberta have discovered a new long-necked dinosaur (sauropod), the Qijianglong or “Dragon of Qijiang,” near Qijiang City, China. Qijianglong was a mamenchisaurid, or a sauropod whose neck was long enough to make up half its total body length. The animal was approximately 15 meters long, and its long neck featured unusual hollow vertebrae that made the structure lighter. The vertebrae also interlocked in a way that allowed for better vertical motion than lateral motion.

via University of Alberta, Telegraph