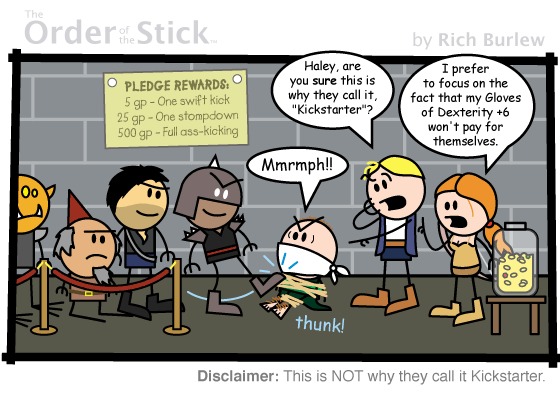 Writer and illustrator Rich Burlew has been writing The Order of the Stick, a comedic webcomic about D&D-style roleplaying games and medieval fantasy, for nearly 10 years. In addition to the online versions, Burlew has been self-publishing hard copy compilations for his fans. The third and largest anthology went out of print in 2010, so Burlew is turning to Kickstarter to raise funds for a second printing. As of this writing, he has raised $393,807, making his fundraiser one of the top 10 highest funded Kickstarter projects to date, and notably, the only book project in the top 10.