The New Yorker hosted a contest asking artists to come up with their interpretation of Eustace Tilley, the mystery man viewing a butterfly through his monocle created by Rea Irvin that appeared on the cover of their very first issue in 1925 and every anniversary cover since.

Here are all of the entries that were submitted, the winners will be announced on February 4th. There are some really great entries, including a bunch from Ape Lad.

In 1994 Robert Crumb created a fantastic Eustace Tilley cover for The New Yorker. 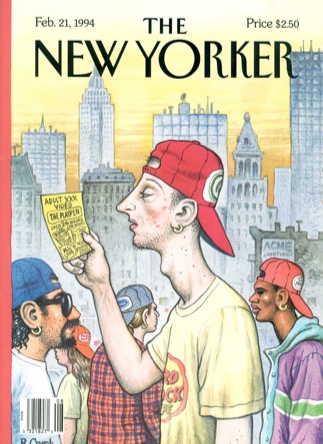