NYC filmmakers and brothers Casey and Van Neistat have been documenting their lives by making short videos and they now have their own HBO series “The Neistat Brothers”, a handmade home moved TV show that airs Friday’s at midnight.

The Neistat Brothers (Casey and Van) have been shooting movies since their Mother bought them their first camera. In 1999, the imac DV came out – the first computer to allow its users to edit video. Now, after teaching themselves how to edit, they have a show on HBO. The show is a collection of shorts made by Casey and Van that are strung together in one longer, 30 minute show. 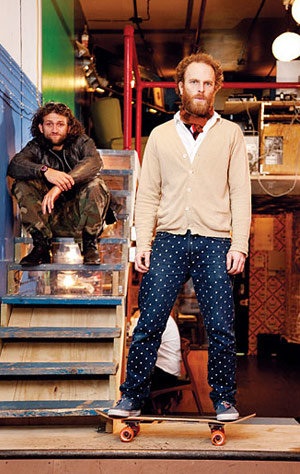