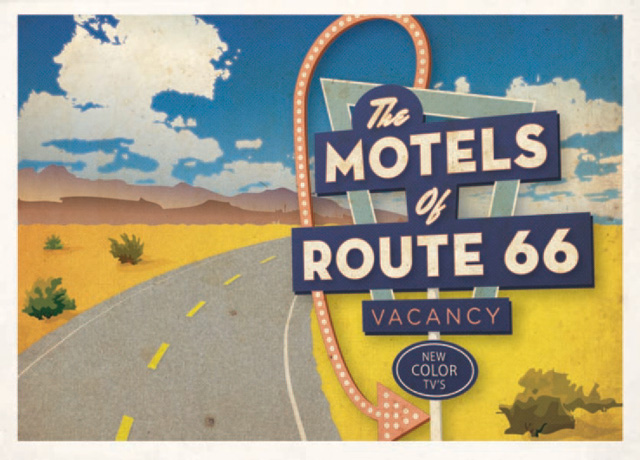 The Motels of Route 66 is a documentary film and book project by Simon Cantlon and independent film production company Paper Moon Films that will explore Route 66’s iconic vintage motels. A Kickstarter campaign has been started to help fund the production costs for the project.

The project will be traveling the road and capturing the tales within the walls from the motel owners, the travelers and the architecture itself.

It will also include an interactive element seeking submissions from people of their own footage from Route 66. Some of this submitted content will be integrated into the final film and book.