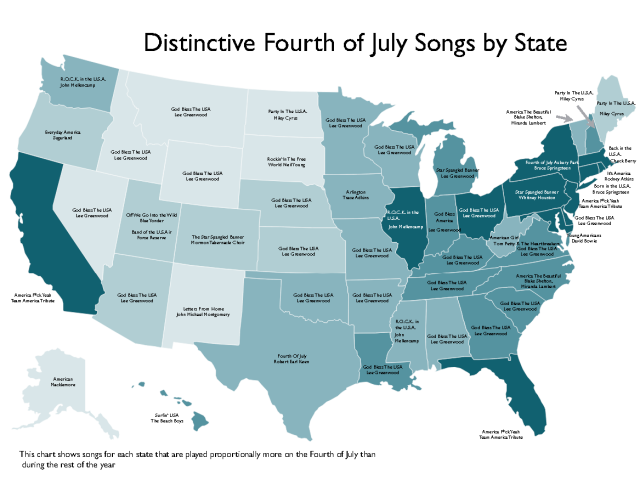 Music streaming company Spotify has created a map of the most distinctive Fourth of July songs broken down by how much each state played a given song on July 4th, 2013. The Echo Nest director of developer platform Paul Lamere started with all the songs included in playlists with “Fourth of July” in the title and narrowed it down from there. The full methodology behind the process is available in Spotify’s blog post. Spotify has also created a playlist including all the songs.